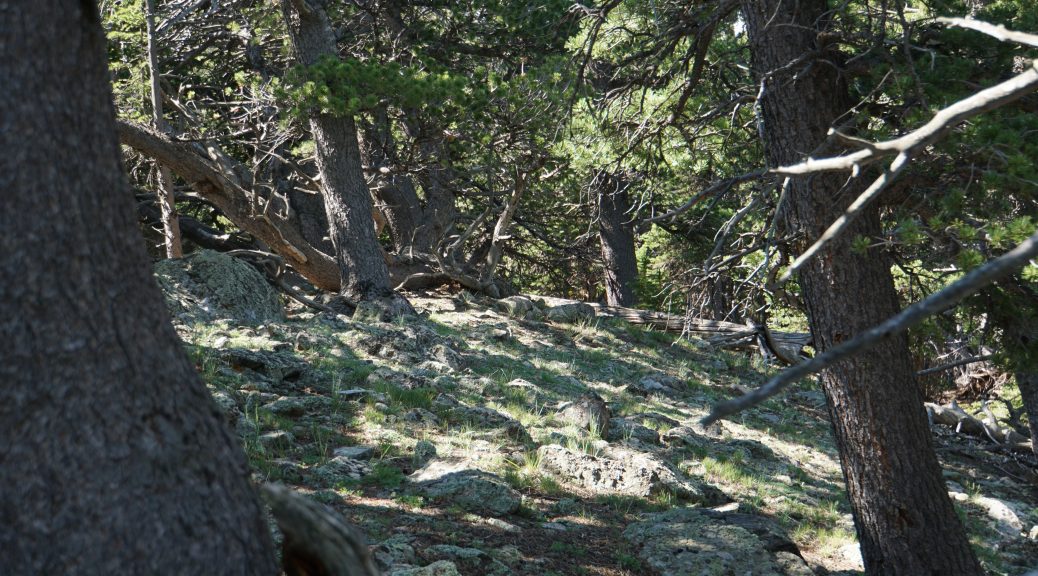 Niwot Ridge is an LTER site administered through University of Colorado’s Institute of Arctic and Alpine Research (INSTAAR)at their Mountain Research Station.  NEON sites extend from P. contorta and subalpine spruce-fir to above treeline.

The elevations of our studies occupy glacial till soils, with sand/silt to boulders, much of it weathered from gneiss bedrock.  Our sampling was facilitated by Bill Bowman, the director of INSTAAR. 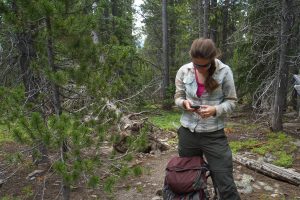 Plot 2 supports a P. contorta canopy, almost entirely serotinous.  There is some P. contorta recruitment. Vaccinium dominates the understory.  Soils are relatively deep for this site, with scattered bedrock outcrops.  Seed traps were installed, but the tree census is delayed until 2019.

Plot 5 is an open stand on a rocky slope with shallow soils, dominated by P. engelmannii, A. lasiocarpa, with some P. flexilis.  P. flexilis were reproductive in the past, evidenced by cones on the ground, but not currently.  There is some recruitment of P. engelmannii and A. lasiocarpa. Vaccinium is abundant. Six seed traps were installed.  Diameters were taken on S and W blocks.  Cone counts were completed on new trees and on NEON-censused trees.