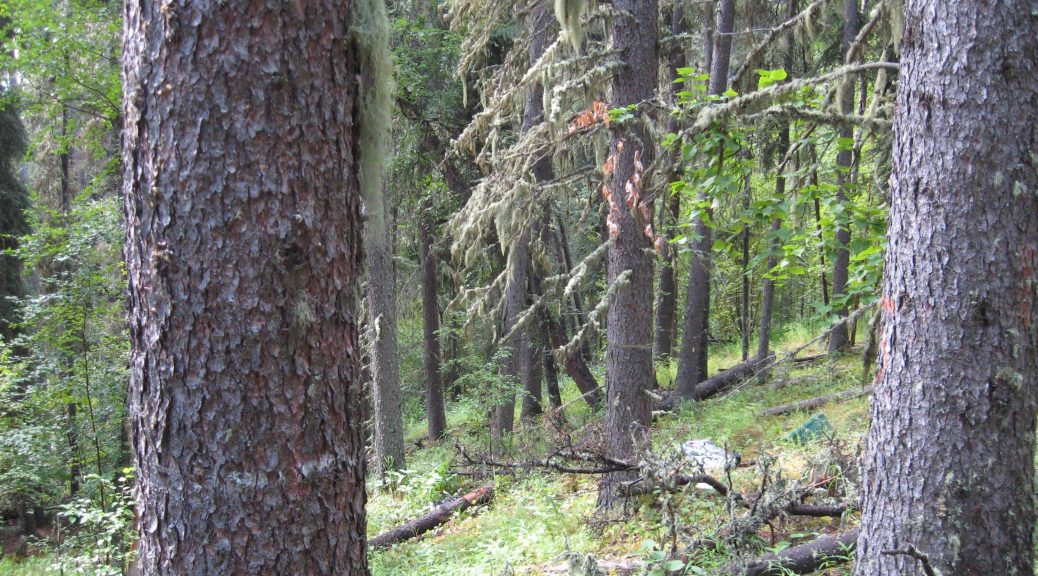 The BNZ LTER program is based at the University of Alaska Fairbanks and was established in the mid-1980’s to study patterns and mechanisms of boreal forest succession following fluvial and fire disturbance. Some study site records pre-date the establishment of BNZ as part of the Long Term Ecological Research network, and were part of an earlier experimental forest program at Bonanza Creek led by researchers with the US Forest Service. To this day, USFS remains an active partner in funding and conducting research at BNZ.  NEON uses the acronym BONA.

The principle masting species in the boreal forests of interior Alaska is white spruce (Picea glauca). John Zasada and Keith Van Cleve established sites for monitoring seed rain of white spruce in the 1950’s and 1960’s; these sites continue to be monitored as part of the BNZ LTER program, despite interruptions by wildfire or other natural processes. Other sites were explicitly established as part of the evolving BNZ LTER research design, in the late 1980’s and more recently in the past decade. For the MASTIF project, we are focusing on seed rain data collected at sites established prior to 1990, most of these with a continuous record up to the current year.

Results from studies of seed rain at BNZ can be found in earlier publications by John Zasada, Les Viereck, Keith Van Cleve, Terry Chapin and others, along with more recent syntheses that use the BNZ seed rain archive (see the list of publications below). Data are accessible through the BNZ LTER data archive.

The MASTIF project is using data from several floodplain (FP) and upland (UP) sites monitored within the BNZ site network:

Data on seed rain and viability have been collected for Betula neoalaskana (Alaskan paper birch), Larix laricina (larch), Picea glauca (white spruce), and Picea mariana (black spruce), depending on which species are present at a site. Study sites at BNZ are generally represented by a 50 x 60 m plot in which tree stems have been inventoried and mapped. Seeds are monitored by collecting seed fall each spring (after the winter seed dispersal period) within eight 0.25 m2seed traps. The contents of each seed trap collection are sorted in the lab and seeds viability is tested using germination trials (germination of seeds on moist filter paper over a one month period).