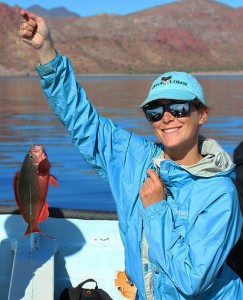 Liza is a marine scientist and videographer based in Durham, North Carolina. She received a Bachelor of Science from McGill University in 2009, and a Master of Environmental Management from Duke University in 2013. She is the current North Carolina Marine Fisheries Management Fellow at NC State University, where she uses spatial analysis to help managers at the NC Division of Marine Fisheries reduce accidental catch of endangered species like sturgeon and sea turtles in fishing gear.

Although Liza spends most of her time describing the natural world using numbers and maps, she loves exploring and learning about both nature and people through the lens of her camera. She believes that visual documentation and storytelling about our relationship with the environment is one of the best ways to inspire environmental conservation on small and large scales. Liza and Xavier co-directed and filmed the short documentary En la Orilla (At the Edge), and have collaborated on several other films projects as well.