THE CARCINOGENICITY OF OUTDOOR AIR POLLUTION

In October 2013, the International Agency for Research on Cancer (IARC), a specialized agency of the World Health Organization (WHO), evaluated outdoor air pollution and particulate matter as a Group 1 (known) human lung carcinogen.  This symposium will present some of the key data used to support this evaluation as well as some of its implications.

Registration Procedure:  Register by e-mailing Dr. William Ward at ward.william@epa.gov.  Please provide (a) your name and (b) whether you plan to attend in person or via webinar.  Please register by April 18 to insure adequate webinar capacity.  Webinar information will be provided prior to the meeting on the GEMS website at http:/www.gems-nc.org.

Requirement for Entry to EPA:  For detailed directions to the EPA campus link to:  http://www.epa.gov/rtp/campus/location/location.htm.  For those attending in person, please enter the U.S. EPA facility on T.W. Alexander Drive in RTP through the front lobby of Building C and provide a photo I.D. to the guard at the desk.  If you want to bring a laptop, you must complete a form provided by the guard at the time of entry.

Dr. Cohen is Principal Scientist at the Health Effects Institute (HEI) in Boston, MA, where he has worked since 1990. At HEI Dr. Cohen manages an international program of epidemiologic research on the health effects of air pollution, and is involved in developing and managing HEI’s US and international research programs. In these capacities he led HEI’s review of the literature on the health effects of air pollution in the developing countries of Asia, and is co-coordinator of HEI’s Health Outcomes Research program, which assesses the health impacts of actions taken to improve air quality. Past HEI responsibilities have included: the organization and management of epidemiologic research projects such as the Reanalysis of the American Cancer Society and Six-City studies of air pollution and mortality, and multi- city time-series studies of air pollution and daily mortality in Europe, North America Asia and Latin America. Dr. Cohen has served since 1999 as a Temporary Advisor to the World Health Organization (WHO) on the evaluation of epidemiologic evidence, air pollution health impact assessment, and air quality guideline development. He co-chaired the Expert Group that produced estimates of the global burden of disease due to Ambient Air Pollution for the Global Burden of Disease 2010 project and is a member of the Core Analytic Team or Global Burden of Disease 2013. http://www.healthmetricsandevaluation.org/gbd/2013

Dr. Cohen holds a D.Sc. in Epidemiology (1991), and Masters in Public Health (1985) from the Boston University School of Public Health, where he is Adjunct Assistant Professor of Environmental Health. He is also a Registered Respiratory Therapist (RRT), and worked for 15 years in newborn intensive care, and subsequently as Research Associate in Perinatal Epidemiology, at Brigham and Women’s Hospital in Boston.

Dr. White is currently a Canadian government research scientist, and adjunct professor of biology at the University of Ottawa.  With respect to the former he is the Leader of the Genetic Toxicology Lab Group. With respect to the latter, he is a member of the Centre for Advanced Research in Environmental Genomics, the Ottawa-Carleton Institute of Biology, and the graduate program in Chemical and Environmental Toxicology.  He received his B.S. and Ph.D. from McGill University in Montreal, Canada.  He currently (2014) has 24 years of multidisciplinary research experience investigating the sources, fate and hazards of mutagenic and carcinogenic contaminants; in particular those presented as complex mixtures in complex environmental matrices (e.g., urban air, vehicle, contaminated soils).  He has coordinated and guest edited the most up-to-date compilations on the sources, fate and hazards of environmental mutagens in complex matrices (e.g., air, water, soil, sediment).  The series of 13 review articles, which includes three from his group, was published in Mutation Research Reviews in 2004 and 2007.  As such, Dr. White is one of the leading experts on environmental mutagens, and in particular, mutagens in complex environmental matrices. His current work is investigating the sources, fate and hazards of mutagens and carcinogens in contaminated soils, vehicular exhausts, settled house dust, contaminated urban air, tobacco smoke, and cannabis smoke.  In addition, his current work is investigating the suitability of various in vitro and in vivo approaches for genetic toxicity assessment, regulatory decision-making, and risk assessment, and employing genomic and proteomic methods to identify biomarkers of exposure to, or effect from, environmental mutagens in complex matrices. He has established numerous national and international collaborations involving the University of Toronto, Texas A&M University, the University of Saskatchewan, the University of Ottawa, Carleton University, Umeå University (Sweden), the Danish National Research Centre for the Working Environment, King’s College, London, Swansea University, Litron Laboratories, BioReliance Corp, Integrated Laboratory Systems, the USFDA, the USEPA, Dow, Sanofi-Aventis, the International Life Sciences Institute (ILSI), and the RIVM (Holland). He has been invited to participate in numerous national and international activities coordinated by ECVAM, ECETOC, COLIPA, ILSI, and IARC. He served as Editor-in-Chief of Environmental and Molecular Mutagenesis (EMM) from 2007 to 2011, and is currently a member of the editorial boards of EMM and Mutation Research Reviews.

Dr. Woodall received his Ph.D. in Toxicology from North Carolina State University in 1996, and previously attained a Master’s of Science in Environmental Health from East Tennessee State University (1985) and a Bachelor of Science in Microbiology and Cell Science (1983) from the University of Florida. Dr. Woodall currently serves as a Toxicologist at the National Center for Environmental Assessment (NCEA) of the US EPA, where he works under the Human Health Risk Assessment Program in performing chemical risk assessments, and in developing and improving risk assessment methods. He is actively reviewing and analyzing the potential neurotoxic and cancer effects from styrene exposure; provides scientific support to the Office of Air Quality Planning and Standards of the US EPA for the Risk and Technology Review program; and actively co-leads an interagency Information Management Working Group which strives to provide a basis for collaborative approaches and sharing of the key information relevant to developing human health risk assessments. Dr. Woodall has served on the National Advisory Committee for Acute Exposure Guideline Levels (AEGLs), and has served on or chaired several expert panels for the OECD. He received the 2008 Science and Technology Achievement Award for the paper: A review of the mutagenicity and rodent carcinogenicity of ambient air, which was co-authored with Larry Claxton. He previously held the position of Senior Toxicologist with the American Petroleum Institute (API); while in that position, he led the organization for and chaired a symposium on health research and risk assessment for hydrogen sulfide. He is author or co-author of over 20 peer-reviewed articles and book chapters, and numerous governmental and intergovernmental reports. Dr. Woodall is also active as an officer in the Risk Assessment Specialty Section of the Society of Toxicology, is a current Councilor for the Genetic and Environmental Mutagenesis Society (GEMS), and a past-chair of the Dose Response Specialty Group of the Society for Risk Analysis.

Dr. DeMarini received the B.S. (1972), M.S. (1974), and Ph.D. (1980) in Biological Sciences (genetics) at Illinois State University, Normal, IL, studying under Dr. Herman E. Brockman.  From 1980-1982, he did postdoctoral research at the Biology Division, Oak Ridge National Laboratory, Oak Ridge, TN.  He then was a Research Geneticist at the National Toxicology Program, National Institute of Environmental Health Sciences (NIEHS), Research Triangle Park, NC from 1983-1984.  He began his current position as a Genetic Toxicologist at the US Environmental Protection Agency (US EPA), Research Triangle Park, NC in 1985.  He is also an Adjunct Professor, Dept. of Environ. Sci. & Engineering, School of Public Health, University of North Carolina, Chapel Hill, NC (1991-present).  He is a member of the Environmental Mutagenesis and Genomics Society (EMGS) and the Genetics and Environmental Mutagenesis Society (GEMS).  He has served as President of EMGS, GEMS, and of the International Association of Environmental Mutagenesis and Genomics Societies (IAEMGS).  He is an Editor of Mutation Research–Reviews (1998-present) and is on the Editorial Board of Environmental and Molecular Mutagenesis (1984-1989, 1993-present) and Genes and Environment (2006-present).  He has organized conferences, symposia, and training courses internationally, and has given invited lectures at more than 130 conferences in 55 countries.  He has served on both the1986 and 2004 Tobacco Smoking and Cancer Monographs of the International Association for Research on Cancer (IARC) with WHO in Lyon, France, as well as the IARC Monographs on Drinking Water/Arsenic, Indoor Air, Human Carcinogens, Auto and Diesel Exhaust, and Outdoor Air.  He Chaired the IARC Monograph on Drinking Water, Food, and Industrial Chemicals (2011).  He has published >170 articles and received the Alexander Hollaender Award from the EMGS in 2011.  He has mentored 20 graduate students and postdocs through is adjunct professorship at UNC-Chapel Hill.  His research interests are molecular mechanisms of mutagenesis, mutation spectra, complex mixtures, and biomarkers of mutation in humans.

Dr.  Hubbell leads the Risk and Benefits Group in the Health and Environmental Impacts Division of the Office of Air and Radiation in the U.S. Environmental Protection Agency. He has written and presented extensively in the U.S. and internationally on the health and environmental impacts of air pollution and economic benefits and costs of air quality regulations, serving as the principal benefits analyst for many of EPA’s regulatory analyses over the last decade, and led the project team that developed the environmental Benefits Mapping and Analysis Program (BenMAP).  He obtained his B.S. in political science from Appalachian State University in Boone, NC, and his Ph.D. in economics from North Carolina State University in Raleigh.  His research interests include health and environmental impact assessments methods and improving methods for the valuation of health and environmental changes.

Office of Air and Radiation

Wolfgang Liedtke, M.D., PhD, is an associate professor of medicine/neurology and neurobiology as well as a member of the ITEHP faculty. For […] 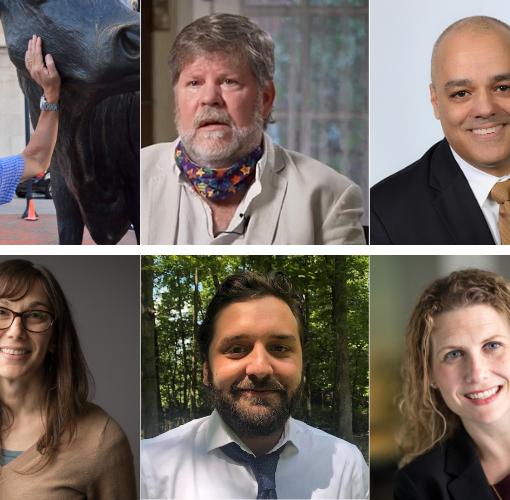 We are pleased to announce the speaker lineup for our Toxicology & Environmental Health Fall 2021 Seminar Series. Seminars will be held […] 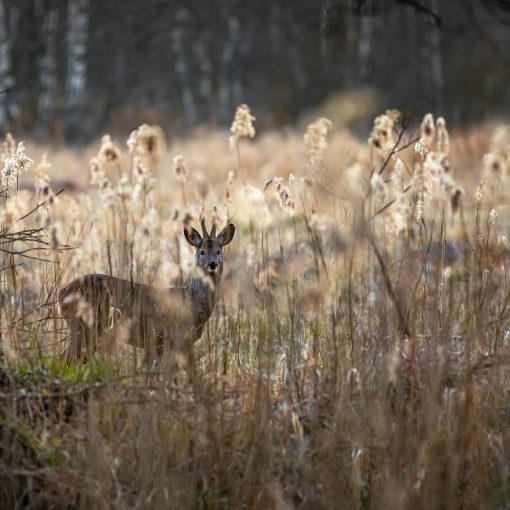 Most people are familiar with the toxic effects of lead on the body. But did you know that the lead from hunting […]

Turn in your applications ASAP so you don’t miss out! For more information about the fellowship or application process head over to […]