It’s sometimes easy to think of scientists as people who are different from “us” or as a group of people who are unapproachable to the public. But we want to bust that myth by introducing you, one scientist at a time, to those who carry out the important research taking place in Duke’s Superfund Research Center. We’ll be doing this by telling pieces of their stories. This story is about Anthony Oliveri, a PhD student in Dr. Ed Levin’s laboratory…

Q: Anthony, as a third year PhD student here at Duke, what does your research focus on?

I look at the ways that chemicals, primarily environmental contaminants but also pharmaceuticals and drugs of abuse, can affect the development of the brain in ways that may increase the likelihood of mental illnesses or cognitive deficits later in life. I’m spending most of my time researching chemicals called organophosphates (or, OPs), which include a number of pesticides and flame retardants. The lab I’m in has done a lot of research on the effects of OP insecticides such as the widely-used chlorpyrifos, and I’m using what we’ve learned from those studies to try and determine if OP flame retardants pose similar risks to our neural development and mental health, paying particular attention to the areas of behavior and the brain that relate to the neurotransmitter dopamine, which we’ve found previously to be vulnerable to chlorpyrifos. (you can also read this blog post on organophosphates that Anthony wrote for us last year.)

Q: When you started your PhD program, did you know what you wanted to study?

I had a pretty good idea. I studied neuroscience in undergrad, and was drawn to addiction and the way that repeated abuse of certain psychoactive drugs could harm the brain. At the same time I was becoming interested and involved in a number of environmental issues that dealt with concerns such as food safety and sustainability, arenas in which chemicals such as pesticides play huge roles. I was lucky enough to find a program and lab that let me combine those two areas of interest!

Q: Let’s talk a little bit about how you became a scientist…when you were a kid, what did you dream about being when you grew up? Was being a scientist ever in the running?

Being a scientist was pretty much the only thing in the running from the very start. When I was little I was obsessed with dinosaurs. I grew up in New Mexico, and one of the museums there had quite the dinosaur skeleton exhibit, and I can’t count the number of times I made my parents take me there. I even went along on a few digs, and was convinced I’d be a paleontologist. I remember reading Jurassic Park at an age that was probably way too young for most of the content in that book. From there it was all Michael Crichton until I got to The Andromeda Strain. That switched me over to wanting to study infectious diseases, which was the plan all the way until my first neuroscience course my junior year of college. I think I was going to end up in some field of science no matter what.

Q: Can you talk a little more about your journey to becoming bona fide scientist? Who, or what, influenced you?

Well like I said I went into college intending to study and treat infectious disease or virology or something along those lines (it should be noted that I watched a lot of House during this period). I was pre-med at the time, and in the interest of making myself more competitive, I added a concentration (my school’s equivalent of a minor) in neuroscience to my general biology major. As part of the requirements for the concentration I took a number of classes with one professor in particular (Clark Lindgren) in which I became completely enamored with the field. It completely blew my mind that such small, relatively simple compounds and chemicals could completely alter the way a person behaved and perceived the world. I was still pre-med at the time, but was now determined on a career in psychiatry or neurology. My first round at getting into medical school didn’t go as planned, and I took a few years off to decide if I wanted to reapply or switch to PhD programs. During that time I worked in a lab (studying new methods of developing vaccines for infectious diseases, coincidentally) and decided that research fit me better than medicine.

Q: Okay, back to what you’re working on now…what do you typically do in a day? What’s it like to be studying neurotoxicology?

Well, I do my research in a species of fish called zebrafish. Since I focus on developmental exposures, on most days I’ll be breeding the fish and collecting eggs to start new experiments. Then I move on to checking in on the eggs and larvae from ongoing experiments, and if they’re at the appropriate age I run them through one of our behavioral assays basically just looking at their activity levels in the light and dark. Other fish that have grown up more might be run through some other assays to measure the fish’s behavior in a new environment, their responses to a startling stimulus, or even their memory and social behavior. Besides that it’s a lot of reading other people’s research and trying to figure out new dimensions of behavior that we can assess in our fish.

Q: This work that you’re doing is part of Dr. Ed Levin’s laboratory and the NBTA core of Duke’s Superfund Research Center, what’s it like in the Levin Lab?

I like it a lot! The rest of the lab is mostly focused on addiction and self-administration studies, and is all done in rodent models, so the few of us working on toxicology-focused studies in fish might seem a bit foreign to the other researchers here, but overall it’s a greatly collegiate and cooperative lab. I’m actually the only graduate student in the lab, but there are a couple of postdocs who I can go to for advice about my research or about grad school in general. Dr. Levin has been hugely supportive of my area of research despite it branching off from his primary focus – it helps that he is deeply involved in the Toxicology and Environmental Health program and Duke’s Superfund Research Center (and originally studied environmental neurotoxicology himself in grad school before he started researching addiction!).

Q: Due to some shuffling a number of years ago when the Duke Medical Center wanted to expand, the Levin Lab also happens to be located in downtown Durham, rather than on the main campus…what’s it like working in a downtown setting and being separated from the rest of the labs you coordinate with?

Now that I’m done taking classes, it can get a bit isolated – I essentially only see the members of the other toxicology and Superfund labs during our weekly seminars. And I know our undergraduate interns occasionally grumble about having to travel so far from campus.  But for the most part, I love it. I can drive to work every day without worrying about parking, and the lunch options within walking distance are numerous, to say the least. And I think it can be beneficial to do your research (especially research so directly entwined with community life, even here in Durham) outside of the proverbial ivory tower. For example, right next door used to be a business owned by a local rehab program with which members of the lab have had close ties. Having such direct reminders that your research can be important to people beyond the precious few who read your papers in scientific journals can help you get through those more frustrating and occasionally disillusioning phases.

Q: Working in science can often be about extreme highs (when something goes really well) and extreme lows (when something fails miserably)…since both are critical to the scientific process, do you have an example of both of those things you can share with our readers?

Coming in to this lab, I had plenty of experience working with rodents and absolutely none with fish. I’ve never even had a pet fish.  At the same time, the fish portion of my lab was small and needed to be scaled up for a lot of the research I wanted to do. Given that, it was a long road to becoming proficient and familiar enough with the fish model and getting the lab running. One of the most frustrating parts of this process was trying to learn or develop protocols that worked consistently. Many times when scientific findings are released and discussed, a lot of attention gets focused on the experiments that immediately produced the publicized results, and less of the focus is on what a slow grind it can be getting those procedures working reliably enough that we as scientists can feel confident in our findings.

For example, we had read some papers about performing a social test with zebrafish where a computer monitor displaying a video of a shoal (a looser version of a school of fish) of zebrafish placed next to a tank would cause live fish to swim next to the side of the tank, along with the shoal. This opened up a lot of possibilities for us so we wanted to give it a try, given that it sounded simple enough. Well, between filming a good video of a shoal, to getting the computer to display it at the right time at the right size and the right part of the screen, to picking the right size tank, to getting our automated camera system to track our live fish correctly and consistently, it ended up being far from simple and plenty frustrating. But now we have it working, and it’s exciting because not only is it (relatively) easy to set up and run now, but we can start looking at a whole domain of behavior that we previously had been excluding.

The tale of why our furniture is full of flame retardants, and how those rules may be changing. Over the past month, […] 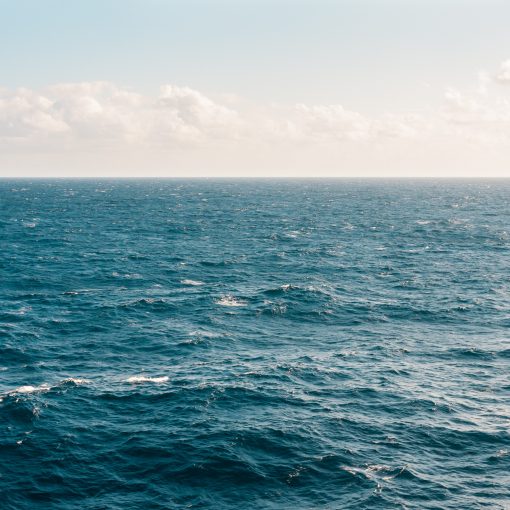 The Duke Superfund Research Center’s primary research goal is to develop better understanding of the world. The omics revolution is generating an […]