It has been well documented by Duke Superfund Center researchers that a population of Fundulus heteroclitus, also known as the Atlantic killifish or mummichog, inhabiting PAH-polluted sites along the Elizabeth River in Virginia has adapted to its environment in response to continuous environmental stressors. Fewer studies have been conducted that investigate the ways in which such adaptations might prevent the killifish from being successful within its environment.

Researchers within Project 3 at the Duke Superfund Center have been wondering how low level PAH exposure to killifish during embryonic development will affect the fish later in life. Studies looking at such “fitness costs” within the killifish are currently being studied in our labs.

Doctors Joel Meyer and Richard Di Giulio of Duke University explain that “fitness costs”, also called “fitness trade-offs” or “costs of resistance”, may result from an increased allocation of energy and resources to defensive measures or other evolutionary processes (“Heritable adaptation and fitness costs in killifish (Fundulus heteroclitus) inhabiting a polluted estuary”, 2003). In this paper, Meyer and Di Giulio set out to show that the Elizabeth River killifish have adapted to their polluted environment and these adaptations have associated consequences.  They found that some associated costs include decreased tolerance of low oxygen conditions and vulnerability to phototoxicity of PAHs.

Another Duke study shows a potential fitness cost may include an increased susceptibility of pancreatic and liver cancers in adult killifish (“Comparative chronic liver toxicity of benzo[a]pyrene in two populations of the Atlantic killifish (Fundulus heteroclitus) with different exposure histories”, Wills et. al, 2010).

Current research in our lab is focusing on fitness costs of genetic adaptations studying the effects of increasing environmental temperatures and the effects of heart malformations and swimming capabilities of the killifish. Some questions guiding the research include: how will climate change and increasing temperatures of aquatic environments affect the ability of the killifish to survive in a PAH-polluted environment? How does early life PAH exposure affect later life behavior and killifish swimming performance?

“You are looking at a young mummichog inside a swim tunnel at Duke University. The fish is swimming against a current within the tube, which is regulated by a small motor. In our experiment, we are measuring the speed at which the fish fails to maintain its balance inside the tube. To do this, we gradually increase the speed of the motor, which produces a stronger current. Think of it as a treadmill for fish!

In our lab, we are looking at the fitness costs associated with adaptation to PAHs. We take mummichogs who have adapted to heavily polluted sections of the Elizabeth River, in Virginia, and compare their swimming endurance to that of fish from areas of the river that are less polluted. We want to see if these fish, that can resist toxic effects of PAHs, have compromised their swimming performance.”

By Savannah Volkoff and Gretchen Kroeger   In a post last week, we shared PART 1 of a series telling the story […] 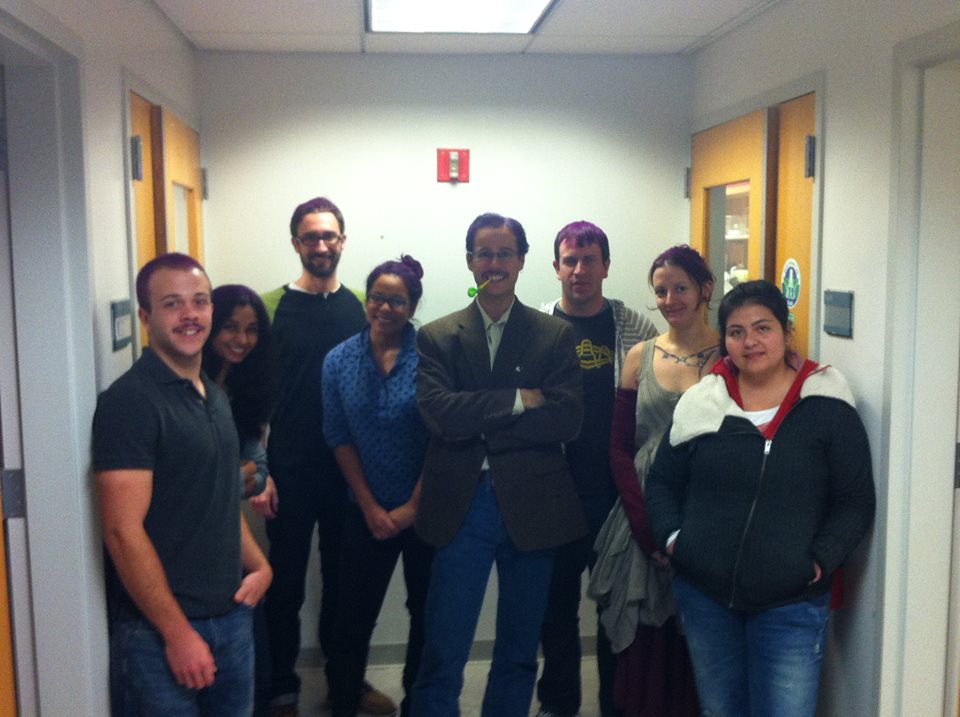 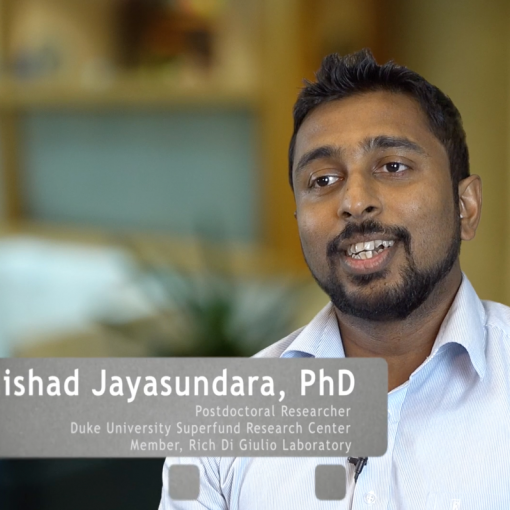 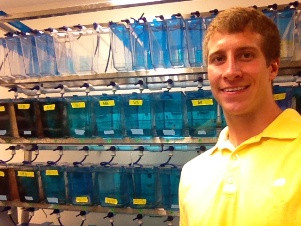 Those in charge of the Superfund Research Program at NIEHS periodically highlight a student at one of the funded research centers. Now, […]