I am spending this summer interning for Dr. Joel Meyer, as part of project 3 of the Duke Superfund Research Center. Dr. Meyer’s lab uses the nematode, Caenorhabditis elegans, as an animal model to investigate the effects of toxicant exposure. C. elegans is a useful animal model because it is a simple invertebrate that can be manipulated relatively easily, and it reproduces very quickly, allowing for many experiments to be carried out in a short period of time.

My focus is primarily on the progression of Parkinson’s Disease is effected by a protein called mesencephalic astrocyte derived neurotrophic factor, or MANF. The MANF protein was first isolated from rat astrocytes (a type of cell found in the brain and spinal cord) and has been shown to protect dopaminergic neurons, which are the very same neurons that degrade in Parkinson’s.

In our experiments, the worms are exposed to a toxic form of dopamine, which causes damage to their neurons. You can think of this as us artificially mimicking or modeling Parkinson’s. We then tag the dopaminergic neurons with green fluorescent protein so they can be seen under a microscope and so we can evaluate how healthy they neurons are. Additionally, we can tag the MANF protein with red fluorescence and measure the intensity of protein expression in the worms. This shows us both how the amount of protein expressed changes in response to exposure and how neuronal health is affected by increased or decreased expression of MANF.

As of now, our preliminary results seem to confirm that MANF does indeed help protect the nematodes’ neurons. Hopefully, the results of this study and others like it can provide insight into a disease that affects many people globally.

Project 3 PI Dr. Joel Meyer and Postdoc Associate Dr. Danielle Mello, along with co-authors, will be honored for their study, “Linking […]

By Lauren Donoghue While they may be tiny – microscopic, even – the little worms I’ve been working with this summer have […] 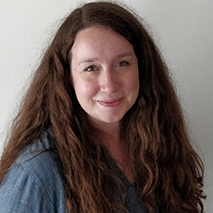 Dr. Jessica Hartman, a postdoctoral research with project 3 in the Meyer lab, has accepted a tenure-track professor position within the biochemistry […]