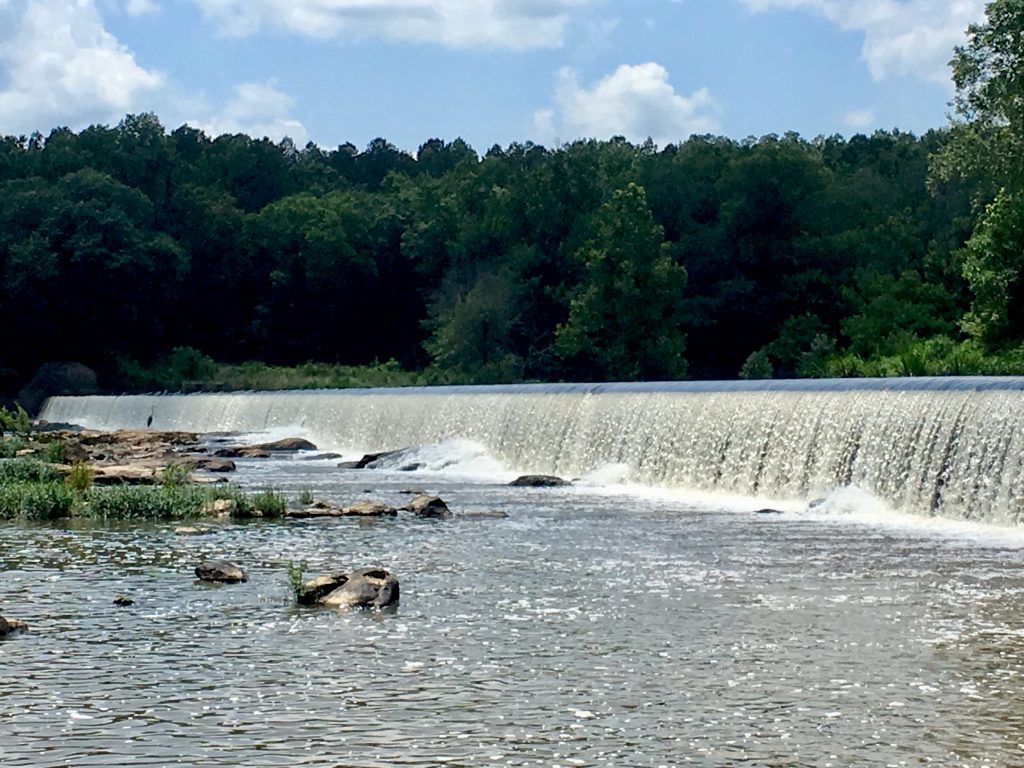 One of the most relevant threats to public drinking water in the United States today is a class of 5,000+ chemicals called per and polyfluoroalkyl substances (PFAS). Referred to as “Forever Chemicals,” PFAS are durable and long-lived chemicals that are resistant to degradation.

Drinking water is considered a primary source of exposure to PFAS, and research is now uncovering PFASs in water utilities all over the country, sparking concerns about health impacts in affected communities. These chemicals first made local headlines in June 2017 when North Carolina news stations reported contamination of drinking water wells with “GenX” in New Hanover and Brunswick counties. GenX is the name given to a new type of PFAS chemical that is manufactured at a local chemical company (Chemours) in Bladen County. It has been released into the Cape Fear River Basin for decades, contaminating the drinking water source for hundreds of thousands of NC residents.

Following the discovery of GenX in drinking water, more research was initiated to investigate levels in other drinking water sources across NC.  Preliminary data from the Research Triangle area indicate that PFASs are present in the tap water of residents from Chapel Hill, Durham, Pittsboro, Cary and Raleigh; however, data suggests that levels in Pittsboro are notably higher than the other areas investigated. 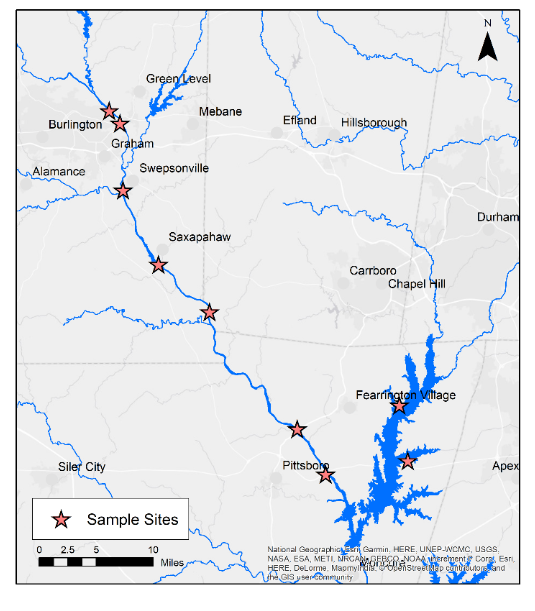 We hypothesize that there are several point sources of PFAS contamination to local drinking water sources in the NC Piedmont region, and as a consequence, exposure to PFAS in populations drawing water from these sources could be higher than in the general U.S. population.

The environmental health implications and possible concerns for public health prompted Duke faculty, students, and staff from the Nicholas School of the Environment, the Pratt School of Engineering, the Nicholas Institute for Policy Solutions, and the Department of Obstetrics & Gynecology to work together on this research project. Together, we seek to understand the sources of PFAS to the Haw River, evaluate exposure in affected communities, investigate potential health impacts, and work with local stakeholders to provide important information to benefit the development of local policies and initiatives to mitigate health risks.