At our secret headquarters in room A304 of the Levine Science Research Center on the Duke University campus in Durham, North Carolina, we use the nematode Caenorhabditis elegans, a versatile model organism, as well as cells in culture in experiments aimed at improving environmental health. Our efforts range from studying the effects of environmental stressors at the molecular and cellular level to effects on the organism as a whole. We have a special interest in mitochondria, and mitochondrial and nuclear DNA damage. By collaborating with other researchers, we also study environmental health in people, other model organisms, and ecosystems.

If you are unfamiliar with environmental toxicology, mitochondria and mitochondrial DNA, nanomaterials, or C. elegans (“worms”), click the links below for brief introductions.

why we do it

Science is really fascinating and fun. But there is another reason. Pollution is a major health problem, especially in parts of the world with less environmental protection. It is responsible for at least 9 million premature deaths per year, more than AIDS, tuberculosis, and malaria combined. Most of this results from chronic disease, which will increase as the world’s population lives longer. Such diseases (cancers, neurodegenerative diseases, etc.) are also influenced by genetics, but genetics alone explains only 15-30% of most chronic diseases.

how we do it 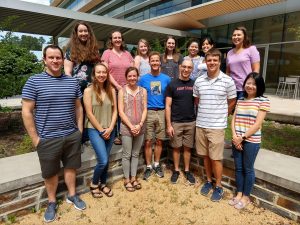 We have joined forces with other Duke ecoteams to battle eco-evil:

Here are some recent publications from our band of green crimefighters. For a full list, please go to Dr. Meyer’s Google Scholar profile (automatically updated), or his CV at his NSOE site (more or less regularly updated).

This page contains a variety of resources, intended especially for members of my own lab but also potentially useful to other scientists or people interested in science.