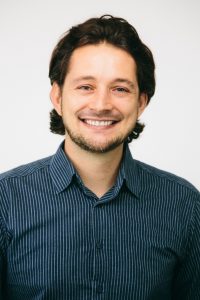 Dr. Trevisan’s seminar will address the effects of plastic pollution on wildlife.  Plastics are recognized as a worldwide threat to the environment, possibly affecting human health and wildlife.  Although the ecological implications of macroplastics pollution are well documented, less is known about smaller plastic particles such as nanoplastics.  Dr. Trevisan will discuss how these small plastic particles (nanoplastics) are absorbed from the water by zebrafish embryos during early development, causing effects on their development and behavior.  He will also address how nanoplastics can be transferred to the next generation through the ovaries of exposed females, and the role of the Trojan Horse effect on nanoplastic toxicity.  Lastly, he will discuss how nanoplastics also target and disrupt mitochondrial energy production during embryonic and larval stages, and if such negative effects could be detrimental under multiple-stressors exposures and energy-demanding scenarios.

Dr. Trevisan received a Bachelor of Science degree in Biological Sciences at the Federal University of Santa Catarina, Brazil, in 2008.  He also received a Master in Biochemistry in 2012 and a Ph.D. in Biochemistry in 2014, followed by postdoctoral training from 2014 to 2016, all at Federal University of Santa Catarina.  He joined the Di Giulio lab at Duke University in 2016 as a Postdoctoral Associate,  where he is now working as a Research Scientist.  He has international experience as a visiting Master student at the University of Plymouth, England, and as a visiting Ph.D. student at University College Cork, Ireland.  During his research career, Dr. Trevisan has been focusing on how aquatic organisms react to biotic and abiotic changes in their environments, mostly by investigating the contrast between coping and failing to respond to environmental pollutants at the molecular and physiological levels.  More recently, Dr. Trevisan is studying the impacts of nanoplastics on fish early development by focusing on different routes of exposures, in addition to behavior and whole organism and mitochondrial metabolism.