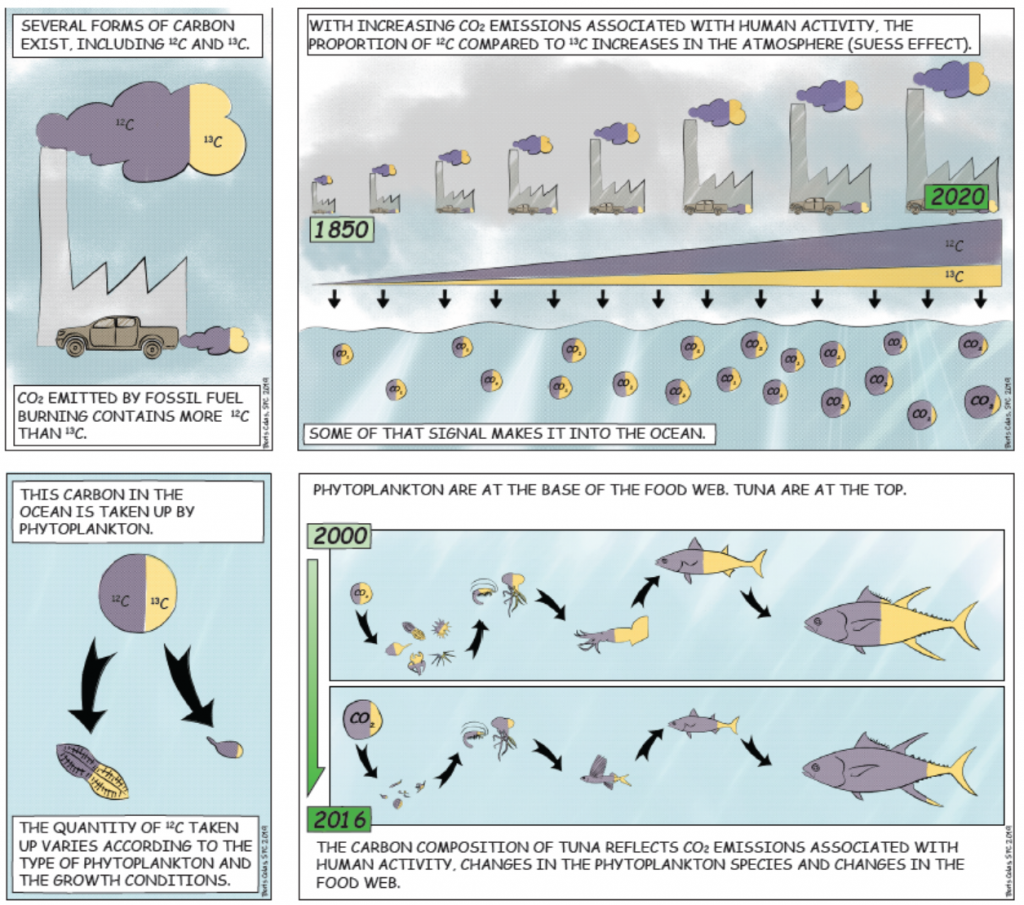 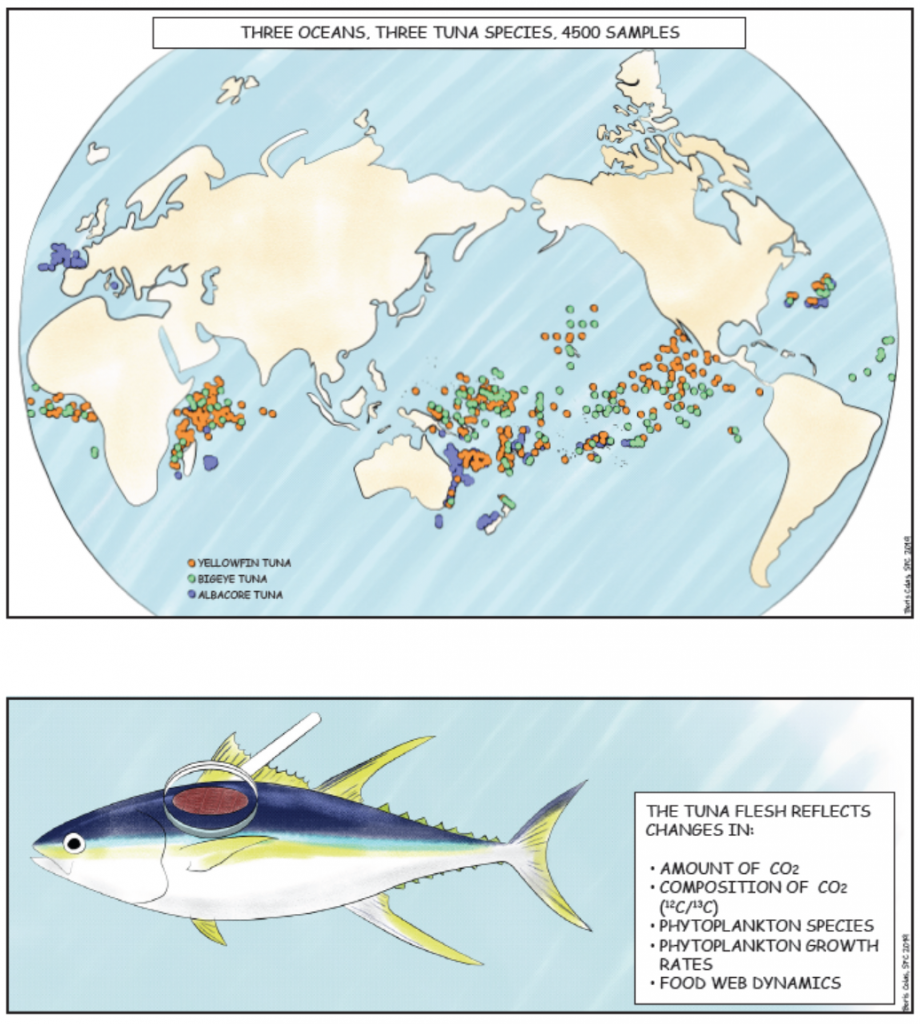 See Nicholas School Press Release and original manuscript Lorrain et al. (2019): Considerable uncertainty remains over how increasing atmospheric CO2 and anthropogenic climate changes are affecting open‐ocean marine ecosystems from phytoplankton to top predators. Biological time series data are thus urgently needed for the world’s oceans. Here, we use the carbon stable isotope composition of tuna to provide a first insight into the existence of global trends in complex ecosystem dynamics and changes in the oceanic carbon cycle. From 2000 to 2015, considerable declines in δ13C values of 0.8‰–2.5‰ were observed across three tuna species sampled globally, with more substantial changes in the Pacific Ocean compared to the Atlantic and Indian Oceans. Tuna recorded not only the Suess effect, that is, fossil fuel‐derived and isotopically light carbon being incorporated into marine ecosystems, but also recorded profound changes at the base of marine food webs. We suggest a global shift in phytoplankton community structure, for example, a reduction in 13C‐rich phytoplankton such as diatoms, and/or a change in phytoplankton physiology during this period, although this does not rule out other concomitant changes at higher levels in the food webs. Our study establishes tuna δ13C values as a candidate essential ocean variable to assess complex ecosystem responses to climate change at regional to global scales and over decadal timescales. Finally, this time series will be invaluable in calibrating and validating global earth system models to project changes in marine biota.