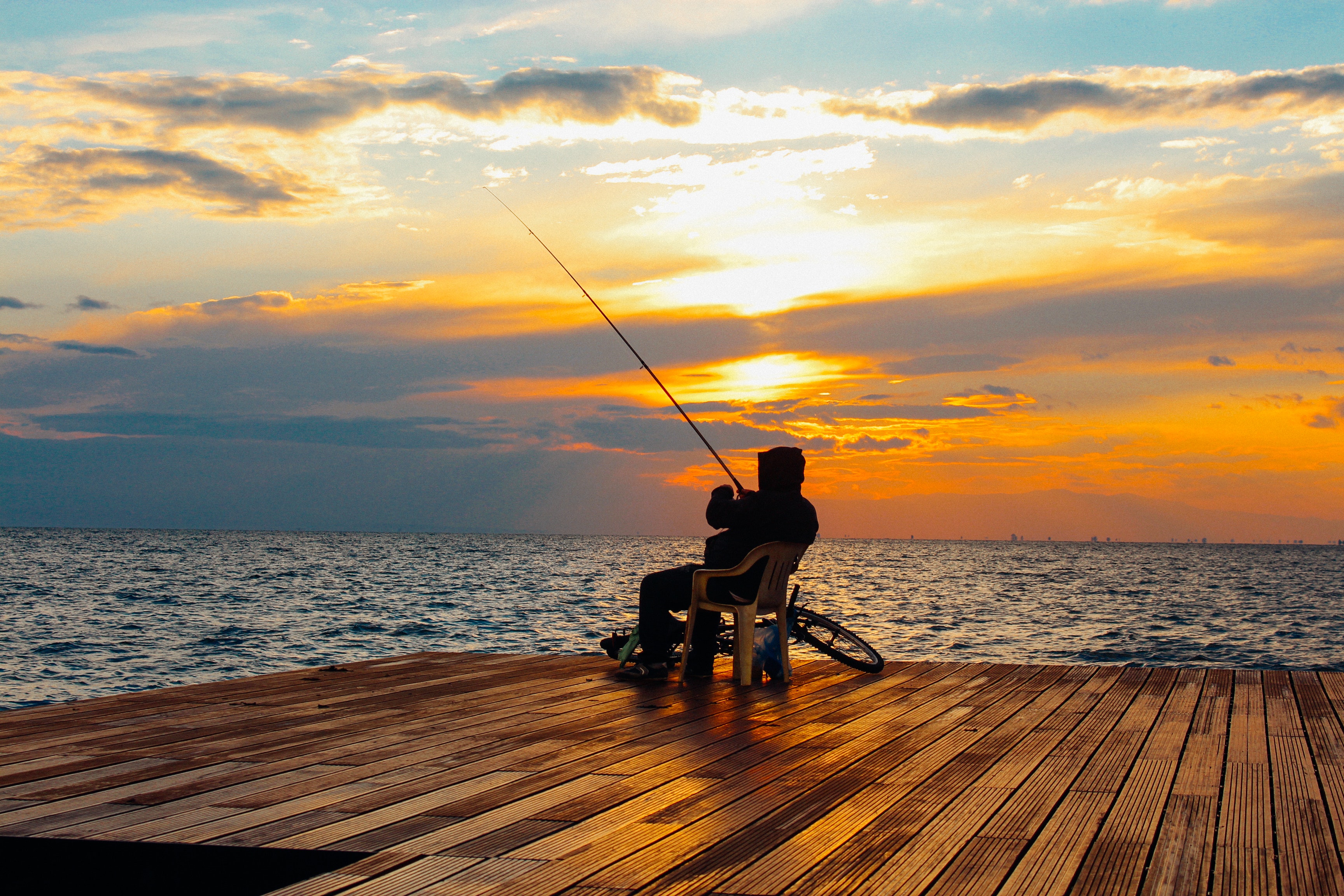 Depending on the type and amount of contaminants, long-term exposure from eating some types of fish can increase the risk of illness, developmental issues, or, in some cases, cancer. Click on the contaminants below to learn more about specific health effects associated with those chemicals.

Mercury becomes methylmercury when organisms, including some types of soil bacteria, modify the chemical structure of the mercury, creating a more toxic form.

Why is methylmercury a contaminant in fish?

Methylmercury, unlike inorganic mercury, is easily taken into organisms and is capable of building up in the food chain, which is called biomagnification. Often, fish higher on the food chain will have higher levels of mercury in their bodies. Eating fish containing methylmercury is the primary way that most people are exposed.

There is a state-wide advisory in North Carolina for mercury in fish, meaning that people should limit or avoid eating certain types of fish, no matter where they catch them in North Carolina.

What are the health risks associated with methylmercury exposure?

Low-level, long-term exposure from eating contaminated fish has been shown to affect the nervous system and muscle coordination. Children and pregnant women are most at risk from the health impacts of mercury exposure. Mercury exposure during pregnancy may harm the baby and affect normal brain and nervous system development. Young children whose bodies and brains are still growing are also more susceptible to damage from mercury exposure than adults. Even small amounts of mercury can be harmful to children and babies.

PCBs, or polychlorinated biphenyls, are man-made chemicals which had many historical industrial uses including in electrical and hydraulic equipment, plasticizers, and dyes. Production of PCBs was banned in 1979 because they are hazardous to human and environmental health and do not break down in the environment.

Why are PCBs a contaminant in fish?

Even though the production of PCBs has been banned, they are still found in the environment because they do not break down easily and can travel over long distances from where they were released. They are commonly found in areas where electrical transformers were manufactured and in electronics or metal recycling facilities. When When taken into the food chain, PCBs collect at high levels in the top predator animals (including fish that eat other fish), a process known as biomagnification. They are known to concentrate in the fat and liver of fish and other animals. The fatty tissues inside the fish and also the skin likely contain higher levels of PCBs than other part of the fish. Removing the skin and internal organs before cooking can reduce the amount of PCBs in the fish you eat.

What are the health risks associated with PCB exposure from fish?

PCBs can collect in a person’s fat tissue, and liver, and they can be transferred from mother to baby during pregnancy and also while breastfeeding. Long-term, low level exposure to PCBs is associated with changes in normal immune system function, negative impacts on the nervous system including memory and motor skills, and developmental issues. PCBs are also classified as a probable human carcinogen by the US EPA.

Dioxins, and more specifically chlorinated dibenzo-p-dioxins (CDDs), are a group of chemicals that are produced by both natural and human-related processes. Dioxins are not intentionally produced by people, but are an unintended byproduct of industrial activities like incineration (burning fossil fuels and wood, and waste burning), pesticide production, and paper mill bleaching processes.

Why are dioxins a contaminant in fish?

CDDs persist in the environment for long periods of time and are known to build up in the bodies of animals, a process called bioaccumulation, especially in the fat and skin tissues. The most dangerous CDDs are also the most likely to collect at high levels in the bodies of the top predator fish, a process called biomagnification. These CDDs are the most difficult for the animal to break down.

What are the health risks associated with dioxin exposure?

Exposure to low levels of CDDs is linked to changes in immune system and liver function. CDDs are also known to affect normal reproduction and development in animals and possibly in humans. Several types of CDDs are also labeled as a probable human carcinogen by the US EPA.

Chromium is a naturally occurring element that can exist in different forms:

— Trivalent chromium is most common in the environment and is less harmful than hexavalent chromium. This type is healthy for humans in small amounts, and is found in vitamins

Why is hexavalent chromium a contaminant in fish and crabs?

Unlike some of the other fish contaminants on this list, hexavalent chromium does seem to biomagnify in predator fish, but it can accumulate in bottom feeding fish (like mullet and catfish) or crabs that feed on the bottom of lakes or rivers. In lab tests, hexavalent chromium was shown to accumulate in the skin of the fish at much higher concentrations than in the muscle. So, if there is a chromium advisory in your area, you can reduce your risk by removing the skin of the fish before cooking.

In North Carolina, the Cape Fear River, Brunswick River, and Sturgeon Creek have all had consumption advisories for hexavalent chromium in striped mullet and blue crab.

Arsenic is a heavy metal which has both natural and human-related sources. Some geographic regions may have naturally high concentrations of arsenic in soils or groundwater. Other sources of arsenic include industrial manufacturing, historical pesticide use, mining, wood treatment, and coal-fired power plants.

Why is arsenic a contaminant in fish and crabs?

Arsenic may accumulate in some fish and also in crabs and other shellfish. The majority (about 93%) of the arsenic in fish is in the less toxic, organic form of arsenic and only about 2 to 4 percent is in the highly toxic inorganic form. Inorganic arsenic is found commonly in drinking water and there are human health standards that regulate arsenic levels in drinking water. There are multiple forms of organic arsenic and the most common, arsenobetaine, is non-toxic to humans. However, smaller amounts of other organic arsenic compounds may have negative health effects. Overall, small amounts of arsenic, either organic or inorganic, can still be harmful.

What are the health risks associated with arsenic exposure?

There is no official “safe” level of arsenic exposure from soil or food for the general population. Increasing your exposure to arsenic can incrementally increase your risk of adverse health effects. Higher levels of exposure to arsenic are associated with several types of skin lesions and cancers as well as adverse impacts on the nervous system, respiratory systems, and heart health. Exposure to arsenic in early life has been associated with altered brain development and increased risk of lung disease later in life.

Why are some contaminants found in fish while others are not?

— They do not breakdown easily in the environment

— Some chemicals like PCBs are fat-loving (also called lipophilic) meaning that they dissolve in fats/oils and do not mix well with water, and this makes them more likely to enter and stay in the bodies of animals, including fish

— They are not easily broken down, or metabolized, once they make it inside the body of an organism, and may stay there for a long time.