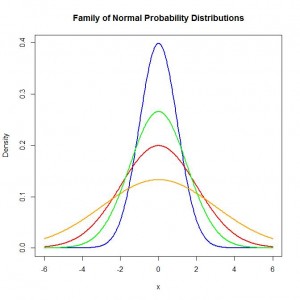 A probability distribution is formed from all possible outcomes of a random process (for a random variable X) and the probability associated with each outcome.  Probability distributions may either be discrete (distinct/separate outcomes, such as number of children) or continuous (a continuum of outcomes, such as height). A probability density function is defined such that the likelihood of a value of X between a and b equals the integral (area under the curve) between a and b.  This probability is always positive.  Further, we know that the area under the curve from negative infinity to positive infinity is one.

As illustrated at the top of this page, the standard normal probability function has a mean of zero and a standard deviation of one. Often times the x values of the standard normal distribution are called z-scores. We can calculate probabilities using a normal distribution table (z-table).  Here is a link to a  normal probability table.  It is important to note that in these tables, the probabilities are the area to the LEFT of the z-score.  If you need to find the area to the right of a z-score (Z greater than some value), you need to subtract the value in the table from one. 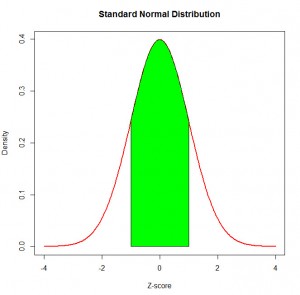 We want to determine the probability that a randomly selected blue crab has a weight greater than 1 kg.  Based on previous research we assume that the distribution of weights (kg) of adult blue crabs is normally distributed with a population mean (μ) of  0.8 kg and a standard deviation (σ) of 0.3 kg.  How do we determine this probability?  First, we calculate the z score by replacing X with 1, the mean (μ) with 0.8 and standard deviation (σ) with 0.3.  We calculate our z-score to be (1-0.8)/0.3=0.6667.  We can then look in our z table to determine the p(z>0.6667) is roughly 1-0.748 (pulled from the chart, somewhere between 0.7454 and 0.7486) = 0.252.  Therefore, based on our normality assumption, we conclude that the likelihood that a randomly selected adult blue crab weighs more than one kilogram is roughly 25.2% (the area shaded in blue). 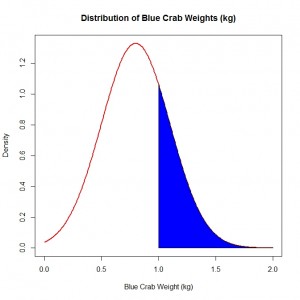 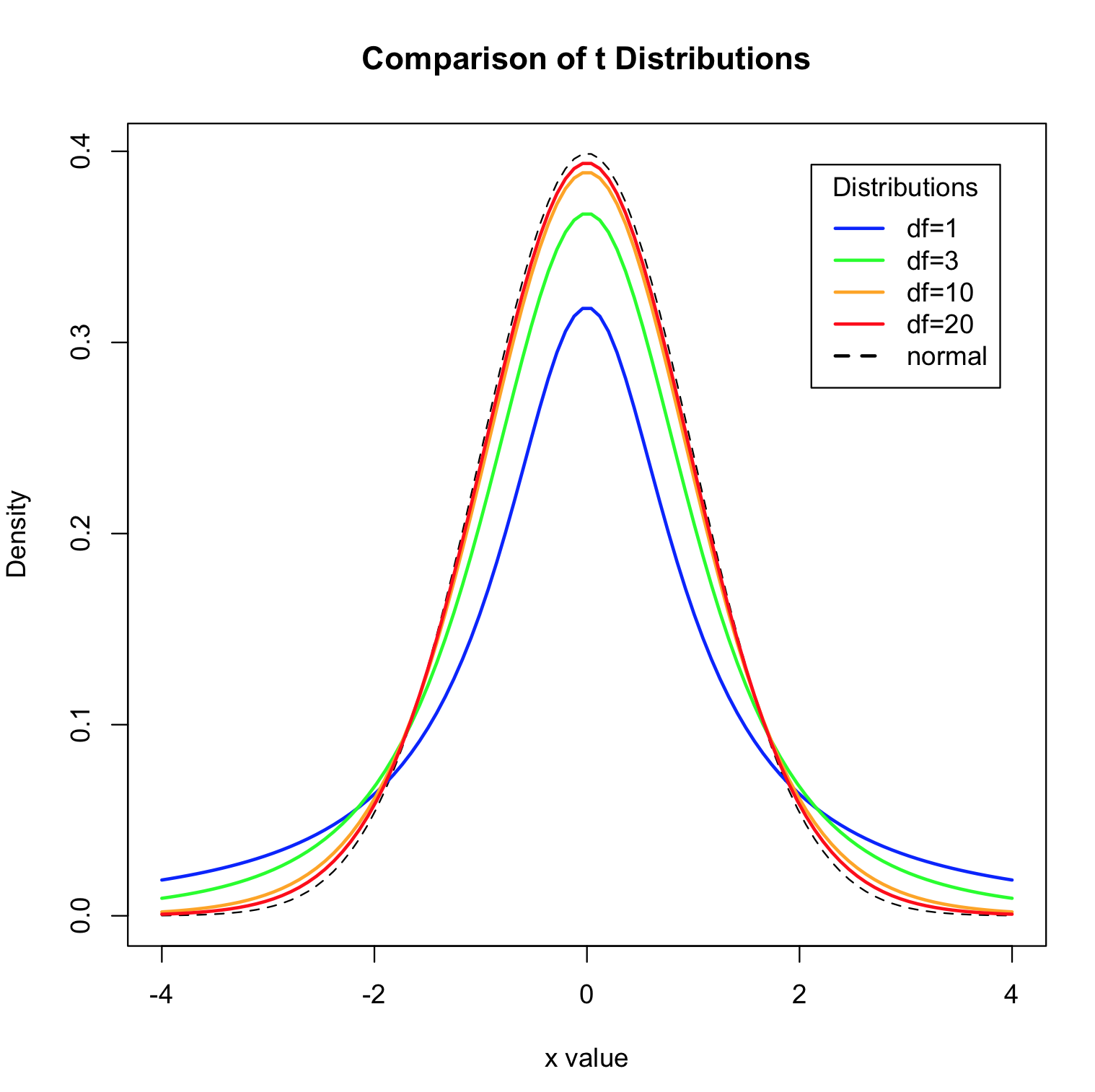 Go to the next section on Sampling.

Return to the Main Probability Page.