Ecological theory implies that extinction of predator species, and the resulting erosion of predator diversity, may reduce the stability and strength of top-down control. The applicability of this theory to real-world scenarios remains unknown, however, because most empirical tests have not been conducted in the field. For example, experiments in laboratory mesocosms do not incorporate the seasonal environmental changes that characterize the world’s temperate ecosystems, precluding temporal complementarity among species that arise owing to differential thermal tolerance. The insurance hypothesis states that differential responses of species to changing environmental conditions can have important benefits for the functioning of ecosystems, by buffering food webs against changes. Over the next 5-10 years, I will test the predator diversity insurance hypothesis in the field, under realistic scenarios, in marsh, mangrove and rocky shore communities. I hypothesize that predator diversity will be especially important in maintaining ecosystem function in temperate coastal communities characterized by marked seasonal environmental variation and host to potent grazers that, when left unchecked, can increase in numbers and transform ecosystems to barren flats. 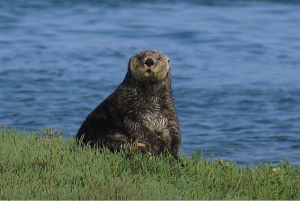 Over the past 6 years, Silliman lab field studies have shown that the American alligator can: (1) live and feed (on, e.g., sharks, crabs, shrimp) in salt water for greater than 30 days (Nifong et al 2015, Journal of Animal Ecology) and (2) potentially generate a 4-level trophic cascade in marshes (Nifong and Silliman 2013, JEMBE). Surveys of marine protected areas in Florida indicate that alligators were likely a key marine predator in marsh and mangrove ecosystems, but have been eliminated by humans (Silliman et al in review, Current Biology). These results will likely overturn two storied paradigms in ecology: (1) alligators are purely freshwater animals and (2) apex predators play insignificant roles in the maintenance of coastal wetland plants. Future research will include installation of ~1000m x 1000m alligator enclosures and exclosures in marsh and mangrove ecosystems to test for the direct and indirect effects of their presence on ecosystem structure and function. In addition, as a co-PI at the GCR-LTER site, I just began a 6-year project of large-scale (50 m2) exclusions of nekton predators to experimentally test for their keystone impacts on marsh structure, function and stability.

Over the past five years, I have been studying range expansion of top-predators into novel ecosystems (Silliman et al. in review Current Bioogy). By collecting long-term data and conducting surveys in protected and non-protected areas, my lab and I found that following long-term protection, sea otters along the northeast Pacific coast expanded into salt marshes and seagrasses, and alligators on the US east coast expanded into marine ecosystems – habitats presently thought beyond their niche space. A literature analysis shows that there is also evidence that seals have expanded into subtropical climates, mountain lions into grasslands, grey whales into lagoons, orangutans into disturbed forests, wolves into the rocky intertidal, orcas into rivers, and bobcats and wolves into beach systems. Historical records, surveys of protected areas, and patterns of animals moving into habitats that were former hotspots for hunting indicate that rather than occupying them for the first time, most of these animals are recolonizing ecosystems. This work brings to light that our baseline understanding of large consumer habitat niche-breadth is likely to be limited in many cases and that large consumer species richness for many ecosystems – especially for habitats along the coast and those in temperate and tropical seas – is greater than we imagined or predicted. This finding is incredibly important, because it not only suggests that there is much more space in which large consumers can be saved, but also means that the positive effects that predators may have on an ecosystem’s resilience to environmental change are potentially available for a much greater diversity of habitats. Over the next decade I will focus on otters and alligators as model systems for testing impacts of expansion of top predators. Unlike most top predators, we can effectively exclude these animals and within the inclusions house prey items whose range is not larger than the cage’s size (i.e. crabs, snails, worms).