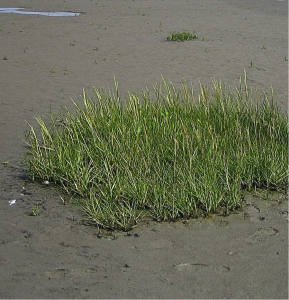 I am actively involved with studying causes, consequences and remediation of human impacts in marsh and mangrove ecosystems. In 2009, this effort culminated with the publication of a well-received, co-edited book: Human Impacts on Salt Marshes: A Global Perspective. I have also investigated impacts of the BP oil spill on marsh ecosystems. My lab’s research shows that marshes display both resilience and intense degradation (shoreline erosion) after oil-driven die-off (Silliman et al. 2012 PNAS). Although marshes are generally thought to be resilient to oiling, this assertion is based largely on small-scale field and laboratory studies. Our field observations and experimental manipulations indicate that: (1) there are clear thresholds of oil coverage that determine the severity of marsh ecosystem damage, (2) recovery can be rapid but it is highly location dependent, and (3) at the seaward edge of marshes oil-driven die-off sets in motion an accelerated erosion process, fueling marsh losses that are likely to be permanent.  This work represents the first to reveal the importance of disturbance location as a key factor in resilience in marsh ecosystems, and to identify clear thresholds, that if crossed, can greatly hinder marsh system recovery. More recently, using data collected as part of the natural resource damage assessment (NRDA), I investigated the spatial generality of and thresholds in in the effect of oiling on marsh edge erosion across 103 salt marsh sites spanning ~430 kilometers of shoreline in coastal Louisiana, Alabama, and Mississippi. This work revealed a threshold for oil impacts on marsh edge erosion, with higher erosion rates occurring for ~1–2 years after the spill at sites with the highest amounts of plant stem oiling (Silliman et al 2016, Scientific Reports). These results provide compelling evidence showing large-scale ecosystem loss following the Deepwater Horizon oil spill.

Resilience of coastal wetlands is also challenged by rising seas and more and more frequent storms, yet intense debate has recently emerged over whether or not wetland vegetation actually suppresses coastal erosion. I have conducted a three-year vegetation removal experiment in a salt marsh in Florida to experimentally test if wetland vegetation presence reduces the lateral erosion of shorelines (Silliman et al. in review Proc. Roy. Society). This work reveals that loss of wetland plants increases erosion rates and that extensive root systems, not aboveground stems, are primarily responsible for this protective effect. This work provides experimental evidence that edge disturbances (e.g. oil spills) that kill wetland plants are powerful agents that can accelerate shoreline loss. This work thus substantiate a coastal protection paradigm that incorporates preservation of shoreline vegetation.

I have also worked in Florida and the Netherlands to incorporate positive interactions into marsh restoration efforts – a new and emerging paradigm in coastal conservation I co-framed (Halpern, Silliman et al. 2007, Frontiers in Ecology and Env.). My experiments reveal that a simple change in planting configuration (placing propagules next to, rather than at a distance from, each other) results in harnessing facilitation and increased yields by 107% on average (Silliman et al. 2015, PNAS). Although such small adjustments in restoration design may catalyze positive species interactions and result in significantly higher restoration success with no added cost, our survey of 25 restoration organizations in 14 states in the United States revealed that >95% of these agencies assume minimizing negative interactions (i.e., competition) between outplants will maximize propagule growth. This work thus highlights the potential importance of incorporating facilitation theory in wetland conservation efforts.