Skip to the content
Targeting of Infrastructure in the Middle East 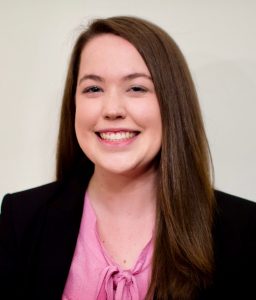 Anna Klingensmith is a Public Policy and Asian and Middle Eastern Studies double major with a concentration in Arabic. Anna grew up in Chapel Hill, North Carolina, but has identified as a blue devil all her life. She is passionate about U.S. foreign policy in the Middle East and U.S. security policy, especially countering violent extremism efforts and international diplomacy. On campus, Anna is a member of Illyria and enjoys volunteering for INJAZ, tutoring Arabic speaking refugees in Durham. She is a member of the Women in Politics Club and the Duke Association for the Middle East. Anna enjoys studying abroad, particularly in the Middle East and North Africa. She spent the summer of 2018 participating in the Duke in the Arab World program in Morocco, and in summer 2019 she won a Critical Language Scholarship award to study Arabic in Oman. In the fall of 2019, she studied the geopolitics of the Middle East in Amman, Jordan through the School for International Training.

© 2022 Targeting of Infrastructure in the Middle East