Distribution and Abundance of Marine Mammals The objective of this study is to understand patterns of distribution and overlap of several stocks of bottlenose dolphins in waters of North Carolina. For example, the Northern North Carolina Estuarine stock is distributed primarily within Pamlico Sound, but occasionally extends into coastal waters.  The Southern Migratory Coastal stock is only found in coastal waters (as its name implies).  Dolphins from both stocks are at risk of entanglement in near-shore gill net fisheries; our research is designed to determine which of these two forms is most as risk of entanglement in near-shore nets.  We are employing photo-identification, biopsy sampling and analysis of stable isotopes to determine the distribution of these stocks.  This work is led by Kim Urian and supported by the National Oceanic and Atmospheric Administration.

Ecology of Humpback Whales Along the Antarctic Peninsula 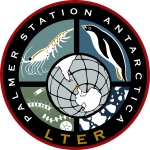 We are part of the Palmer Long Term Ecological Research (LTER) team, studying the the ecology of the Antarctic Peninsula, supported by the National Science Foundation. Our component of this six-year project is led by Read Lab alum Ari Friedlaender, now a faculty member at Oregon State University; Dave Johnston, Doug Nowacek and Andy are also co-PIs.
Each January, we sample humpback whales (using photo-identification and biopsy techniques) and their prey from Palmer Station and deploy satellite-linked tags on humpbacks over a broader area of the Antarctic Peninsula from the Antarctic Research Vessel Laurence M. Gould. We are conducting a long-term study of short-finned pilot whales off Cape Hatteras, North Carolina.  We employ a variety of methods, including photo-identification, biopsy sampling, fisheries oceanography and the application of Digital Acoustic Tags (DTags) to study the behavior and ecology of these animals.  We are particularly interested in their foraging behavior and interactions with the pelagic longline fishery in this area; some whales have learned to remove captured tuna – a behavior termed depredation – which leads to an economic cost to the fishery and a risk of entanglement to the whales.  This research is conducted with colleagues at the Woods Hole Oceanographic Institution and has been supported by the National Oceanic and Atmospheric Administration, Naval Facilities Engineering Command Atlantic, North Carolina Sea Grant Fishery Resource Grant Program and the Consortium for Wildlife Bycatch Reduction.

Conservation of the Vaquita

Totoaba swim bladders are dried and smuggled from Mexico to China, sometimes through the United States. Andy is a member of CIRVA, the international recovery team for this species. In 2017, Andy will be part of an international team that will attempt to capture some of the last vaquitas and move them into a temporary sanctuary until the Upper Gulf is free from illegal gill nets. 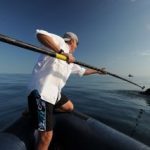 This project is examining the behavioral response of short-finned pilot whales and Cuvier’s beaked whales to Naval Mid-Frequency Active (MFA) sonar. We will monitor the response of individuals of both species equipped with DTags and satellite-linked tags to the sounds of real sonar systems deployed from Navy vessels during training exercises off Cape Hatteras.  The project follows the very successful SOCAL BRS project in southern California led by Brandon Southall and is funded by Naval Facilities Engineering Command Atlantic. Brandon is also the lead Principal Investigator on the Atlantic BRS project, with Doug Nowacek and Andy as co-PIs. 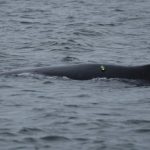 In this project we will be working with Professor Vincent Janik from the University of St. Andrews to examine two features of the acoustic startle reflex in cetaceans. Specifically, we will use the startle response to test hearing in humpback whales off Virginia Beach during winter and sensitization to startle sounds in Cuvier’s beaked whales off Cape Hatteras during summer. individuals of both species will be equipped with Digital Acoustic Tags to allow us to document their response. This work is supported by the Office of Naval Research.