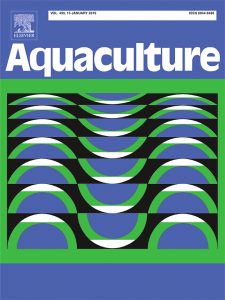 id feeds can be formulated with high quality microalgae to maintain sustainability in the aquaculture industry. But, the suitability of different microalgae species as potential feed ingredients needs to be documented to enable ready acceptance by the farming industry. The aim of the present study is to investigate the potential of the microalga Scenedesmus sp. as a major ingredient in low fishmeal feeds of Atlantic salmon. Three feeds were formulated with Scenedesmus/fishmeal, at inclusion levels of 0/10, 10/5 and 20/2.5% (CT, SCE 10 and SCE 20, respectively); to investigate the effect of the ingredient on the weight gain, growth rate, feed conversion ratio, nutrient retention and chemical composition and nutrient digestibility in Atlantic salmon. In addition, the physical characteristics of feeds were investigated to assess the impact of the alga-incorporation on the quality of the feeds. Fish (initial average weight of 229 g) in 6 replicate tanks were fed one of the experimental feeds for 65 days. The results showed that fish fed SCE 20 had significantly lower weight gain, specific growth rate, thermal growth coefficient and feed conversion ratio than the CT group, which did not receive the microalga. Furthermore, the condition factor and protein efficiency ratio of the microalga-fed groups were lower than the CT group. Hepatosomatic and viscerosomatic indices of the groups did not differ significantly. Ash and protein content of whole fish fed SCE 20 were significantly higher, but dry matter, lipid, and energy of this group were lower than either the CT or the SCE 10 group. Retention of lipid and energy of all groups differed significantly, while that of protein was significantly different in the Scenedesmus-fed groups. Compared to the CT feed, digestibility of dry matter, protein, and energy in the algal feeds were significantly reduced. The highest fat leakage observed for the feed devoid of the alga and the hardness of the SCE 20 feed points to the better physical stability of the alga-containing feeds. Higher contents of n-3 fatty acids and PUFAs were found in the whole body of fish fed SCE 10. In conclusion, Scenedesmus sp. can be incorporated in low fishmeal diets for Atlantic salmon, at inclusion levels below 10%.