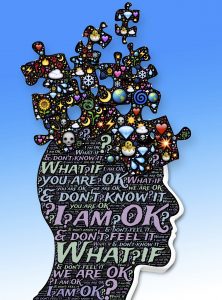 Eggs are good for you; eggs are bad for you. Cell phones cause brain cancer; cell phones do not cause brain cancer. What is to be made of this? The ways in which scientific studies are conducted and the ways in which their results can be interpreted are many, sometimes producing different and even opposite conclusions.  Why does this occur, and does it cast doubt on the whole scientific enterprise?

The course of scientific progress is usually not one definitive breakthrough to the next. While such “aha!” studies occasionally occur, the great advances of scientific progress are usually due to the combined conclusions from an array of studies, each providing a bit of added knowledge. By looking at the spectrum of studies together can we gain better understanding of the complex reality we encounter in scientific inquiry. Such an integrated approach to science reporting is too seldom used. It may be more difficult to convey but can result in more accurate public understanding of science, and better use of its findings.

First of all, it is important to understand that science is not monolithic, being neither mono (one) nor lithic (stone-like). Scientific investigation is a process of determining the truth using a wide variety of approaches that can change depending on the research question. Some approaches are observational, like epidemiology. Observational approaches require scientists to monitor what is happening in a complex system and to try to understand how the processes in that system relate. Other approaches are experimental. In an experimental approach, scientists make a change to some parts of the system, but not others, and observe the different reactions to this change.  By observing the different reactions, they can determine which change leads to each type of effect. In addition to using a variety of approaches, scientists may explore research questions at different organizational levels of analysis. For example, in biology, scientists study processes from the level of a molecule, a cell, an organ, an organism or an ecological system.

The results of any particular study are seldom definitive by themselves. Both the writer and reader of science must take care not to over-interpret individual study results, because the study may be flawed or the conclusion may be a misinterpretation of the results. If the study is accurate, however, it can contribute to a better understanding of the overall truth.  Each scientific study raises predictions and questions for further investigation. If these predictions are correct, then scientists have blazed a trail to greater understanding of the truth. If not, the false lead must be discarded in favor of exploring a new direction.

Even when we can prove that a scientific “event” is important, its context is crucial for the interpretation of its meaning. The circumstance of an event can make all the difference in the world with regard to its risk. For example, a person driving over the speed limit in a car has a higher risk of a fatal high-speed collision, but speeding can be a lifesaver when a heart attack victim needs to get to a hospital quickly. Likewise, oxidative stress can impair health by disrupting cellular processes, but it can also be a lifesaver when lymphocytes use oxidative stress to kill pathogens.

Science is complex because reality is complex. Studies must be interpreted in the context of an array of other studies that use complementary approaches to interpret results. Cherry-picking a particular study or small set of studies, while dismissing others, can lead to erroneous conclusions that may appear true in the short-term, but will eventually prove false.  Scientists, the media, and the public will always be tempted to jump to conclusions based on the results of the latest study. But remember that the inevitable subsequent studies will often show a different result.

By carefully interpreting the results of individual studies in the context of the nature of the phenomena under investigation, we can avoid the confusion that arises when the results of a study seem to contradict a prior conclusion from a different study.  An integrated approach to science reporting –one that presents studies in the broader context of other scientific exploration—will further reduce the tendency to make premature conclusions based on an incomplete understanding of the issue. And, perhaps more importantly, it could reduce the chances of disillusionment, keeping vital the wonder about important scientific progress.

As we journey along the winding river of scientific advancement, we should not over-attend to just the compass needle pointing first this way and then that as the we course around the many bends in the river. The course of progress is seldom linear, as much as we think we might like it to be so. Instead, direct your eyes to the life all around you and learn with each turn how rich and abounding the world really is. 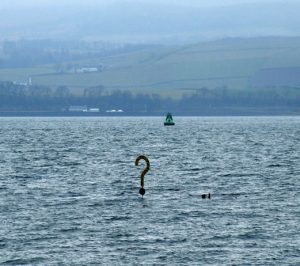