Bioremediation is the use of specific microorganisms to remediate, or clean up, contaminated sites. We are investigating bioremediation as an alternative to common remediation techniques that can have lasting negative effects on ecosystems. Such approaches, including excavation or dredging of contaminated sites, allow the contaminants to remain in the soil or sediment, which must then be moved to a storage or impoundment location.

Bioremediation can help avoid the negative impacts of traditional remediation methods by making it possible to break down contaminants in the sediment into smaller constituent parts, effectively removing them. For bioremediation to be effective, contaminants of concern must be bioavailable to the organisms, meaning physically and chemically compatible for uptake. In this project, we are focusing on bioremediation of a common group of Superfund site contaminants called hydrophobic organic contaminants (HOCs). This group of compounds includes polycyclic aromatic hydrocarbons (PAHs), polychlorinated biphenyls (PCBs), and chlorophenols (such as pentachlorophenol, or PCP). ”Hydrophobic” means that these compounds are repelled by water, which decreases their bioavailability to microorganisms typically used in bioremediation and slows the breakdown process.

To overcome this challenge and enable the bioremediation of HOCs, we are testing a mixture of select fungi and bacteria that can be applied to contaminated media. The microbes, in combination with an engineered organic amendment mixture (to stimulate microbial growth), promote the formation of a material called a biofilm. Biofilms are created when microbes such as fungi and bacteria stick to each other and to a surface. Specifically, the goal of this project is to create a fungal-bacterial biofilm where the fungi begin digesting the contaminants to a form that the bacteria can consume, thus overcoming the bioavailability barrier and maximizing the biodegradation of HOCs. To achieve this goal, we have the following research aims:

Our research focus is on using indigenous (native) fungi and bacteria associated with naturally occurring biofilms. We have observed these biofilms in the sediment at sites contaminated with HOCs, and found that they promote the biodegradation of these contaminants. One of these sites, Atlantic Wood Industries, was the site of much of our previous research for our former Project 3 (now project 4) led by Dr. Richard Di Giulio. The indigenous fungi we are using are from the phylum Ascomycetes, which are a division of fungi that excrete enzymes and other compounds that can help break down HOCs. The by-products of the HOC compounds are then more bioavailable to the surrounding bacteria for subsequent biodegradation.

As described above, fungi and bacteria in biofilms are known to work together to break down large organic compounds such as HOCs. Fungi can also support the biofilms by a fungal network system called mycelia, which can provide physical support, facilitate movement of the bacteria across the biofilm and directly transport contaminants. In this aim, we will identify and test amendments to the fungal-bacterial system that stimulate growth in pure fungi. Next, we will evaluate the most promising amendments in a sediment slurry microcosm and determine their ability to support a fungal-bacterial biofilm that maximized HOC degradation. A microcosm is a small, simplified representation of an ecosystem utilized for research. In our case, the microcosm will be vials in the laboratory.

Some of the known organic amendments that look the most promising are not compatible with sediment treatment because of their physical-chemical characteristics (i.e., they may float or be too hydrophobic, etc.). To address this issue, we will engineer composite materials that incorporate the organic amendments to promote biofilm formation and can also be efficiently delivered to contaminated sediments. Our key criteria for selecting the final engineered composite material includes:(1) ease of delivery, (2) cost-effectiveness and(3) low ecological toxicity.

There is an important gap between what we see in lab-controlled studies of biodegradation and what we observe with biodegradation in the natural environment. This is partially because sediment is complex and not uniform, but also because we have a poor understanding of how microbes interact in biodegradation processes1. To test our lab-based treatment approach, we will place our composite amendment systems into realistic environmental conditions using large-scale mesocosms. Mesocosms are an outdoor experimental system that more closely resembles a natural system, but still provides important experimental controls. Our mesocosms have a realistic test sediment bed, which will help account for the impact of natural influences such as temperature and weather patterns, which cannot be considered in simple microcosm tests. Our mesocosms are located in a controlled field site in the Duke Forest and Duke Wetland Center in Durham, North Carolina. The mesocosms have been used predominantly to mimic an emergent freshwater wetland environment in experiments associated with both the DUSRC and the Center for Environmental Implications of Nanoparticles. In Project 5, we will adapt the mesocosm design to simulate a brackish water system representative of the Elizabeth River Watershed. In particular, the mesocosm conditions will mimic those encountered in brackish marshes representative of the King’s Creek reference site.

Research from our project team on the potential for fungal phylum Ascomycetes in bioremediation: 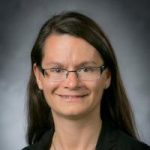 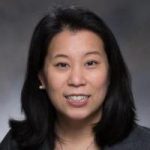 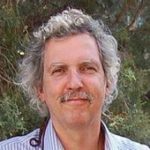 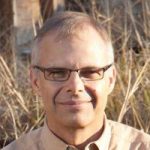 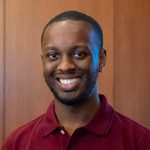 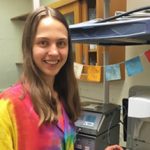 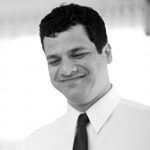 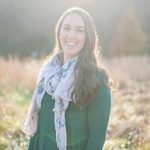 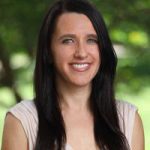