How does a contaminated property become a Superfund Site? As of June of this year, there were 1,322 Superfund Sites across the United States. What sets these places apart, and makes them worthy of federal attention and funds for cleanup and remediation?

To become a Superfund Site an area must be listed on the National Priorities List (NPL). Consider this the Little Black Book of contaminated sites – places that make this list are the heavy hitters of contaminated properties, considered to pose the greatest risk to local populations and the environment. The evaluation process to make it onto the NPL is often long, involves a lot of sampling, and a little bit of complex math.

Here’s the basic pathway by which a site is included on the NPL:

1 – Petition the EPA for an Assessment

First, a potential site must be brought to the attention of the EPA. Typically the relevant state agency or EPA regional office will notify the EPA of a potentially hazardous site. Any person or organization can also petition the EPA to conduct a Preliminary Assessment if they suspect that a site may pose a direct threat to them. This means that the public has an important role to play in identifying Superfund Sites.

Once the EPA has been notified of a potentially hazardous site they will conduct a Preliminary Assessment (PA). The purpose of the PA is to determine whether hazardous waste exists at a site, and how much risk it poses to the environment or the public. The PA is mean to be a low cost way of doing an initial evaluation and very little new data is collected during this stage; the EPA mostly relies on data already available to determine whether further investigation is necessary.

If the PA recommends further investigation of a property, a Site Inspection (SI) is performed. The SI is a much more comprehensive examination than the PA and includes significant sample collection and testing to determine the types and concentrations of pollutants present at the site, and how far they have spread. The main purpose of the SI is to collect the data needed to score a site with the Hazardous Ranking System (HRS).

Once the Site Inspection is complete, the property is given a score from 0-100 via the Hazardous Ranking System (HRS) (the system involves some complex math which you can read more about here). The HRS places heavy emphasis on the risk toxins pose to the human and environmental health of surrounding areas, focusing on four exposure pathways by which the hazardous chemicals could spread. These pathways are: groundwater migration; surface water migration; soil exposure; and air migration. When calculating the risk from each exposure pathway the HRS takes into account the likelihood of release, the characteristics of present pollutants, and the surrounding population and environment. By weighing multiple factors together the HRS focuses on relative risk. Thus, a site with less toxic waste but near a larger population could score higher than a more toxic site located near a smaller population. The maximum score for any one pathway is 100, so if even just one pathway score is high, this can result in an overall high site score.

If a site’s HRS score is 28.5 or greater it will be added to the National Priorities List. Only 5-10% of sites evaluated make this cutoff, translating to about 100-125 new sites added to the NPL annually. A score of 28.5 is not meant to indicate a particular risk threshold; instead, it’s meant to be a way of determining priorities for allocating Superfund resources. In fact, 28.5 was originally settled upon as the NPL cutoff score because the EPA was mandated to open the NPL with 400 sites listed; of the sites originally scored with the HRS, the top 400 scored 28.5 or higher.  Once a site reaches the NPL further assessments are done to determine how to best remediate and restore the site.

Though I’ve just described the typical pathway by which a site is included on the NPL, there are actually two other means of making the list. Each state can designate a single site as its top priority for inclusion on the NPL, without having to go through the HRS scoring process. Additionally, any property can automatically be added to the NPL when three conditions are met:  1) the US Public Health Service has issued a health advisory recommending that people be removed from the site, 2) the EPA determines that the site poses a significant public health risk, and 3) the EPA believes it will be more cost-effective to remediate the site to respond to the release than use its emergency removal authority.

In North Carolina 12 new Superfund Sites have been identified and added to the NPL over the last decade. Most recently two sites were added to the NPL in December of 2013: the Cristex Drum Site in Oxford, NC, and the Hemphill Road Site in Gastonia, NC. Here’s a little history on each site and how they made it onto the NPL.

From 1965 to 1986 the Citrex Drum Site was the location of a nylon fabric mill which knitted, dyed, finished, and dry cleaned nylon fabrics. The activities resulted in the release of a wide variety of pollutants including heavy metals, benzene, PCE, TCE, and DCE. Though the EPA has known about contamination on the site since at least 1997, it took 15 years to make the NPL. In 1998 a wastewater lagoon on the property was breached, releasing approximately 400,000 gallons of contaminated water from the facility. Since then increasing levels of PCE have been found in nearby monitoring wells, indicating a contamination risk to commercial drinking water wells in the area. Following the spill, a Preliminary Assessment of the site took place in 1999, and the site finally made the NPL in 2013.

During the 1950s the Hemphill Road Site was used to recycle several thousand chemical drums.  The residues in the drums would be emptied onto the ground, and then the drums were rinsed, burned and flattened for resale as scrap metal. As early as 1988 TCE contamination in nearby drinking water wells was found, and TCE contamination has now been found in wells as far as ½ mile away from the site. The first Site Inspection took place in 2000, and after a series of assessments, and re-assessments, Hemphill Road finally was added to the NPL in 2013.

Though the National Priorities List is not a Little Black Book we can be proud of, it does represent our current system for determining high-priority sites for hazardous waste cleanup and remediation.  The NPL evaluation process is labor intensive, and frequently takes over a decade. But this is only the beginning of the story; once a property is listed, determining how to best address its contamination is a whole new process. Since Superfund’s inception, 379 sites have been cleaned up and deleted from the NPL. 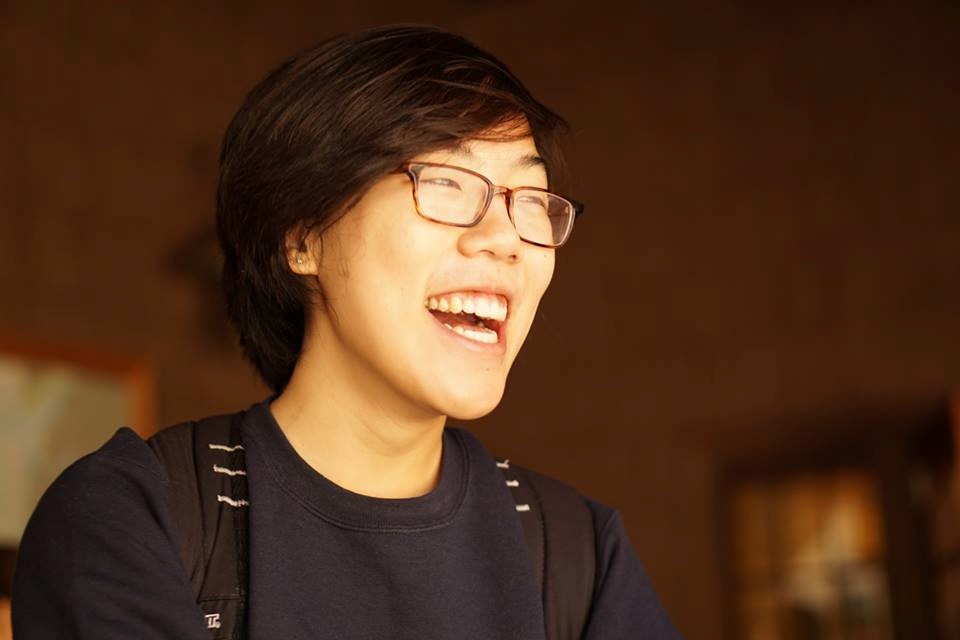 By Katelyn Liu Skimming through the document posted on a bulletin board in the UNC Gillings School of Public Health titled, “Summer […] 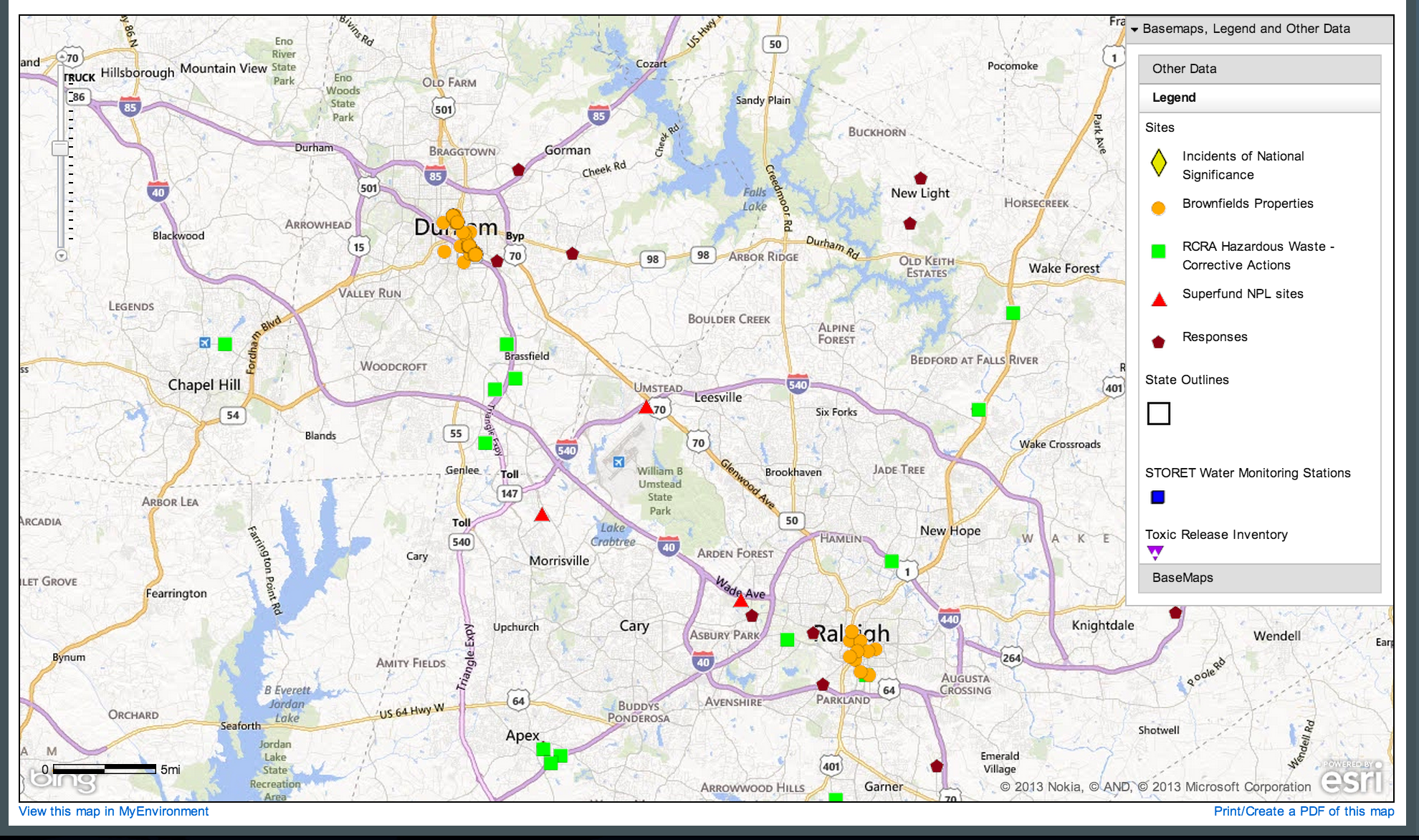 By Noelle Wyman Roth In the spirit of the New Year, we’ve been writing about remediation of hazardous waste sites. You may […]

In a press release a week and a half ago, the U.S. Environmental Protection Agency announced that in 2013 it will […]