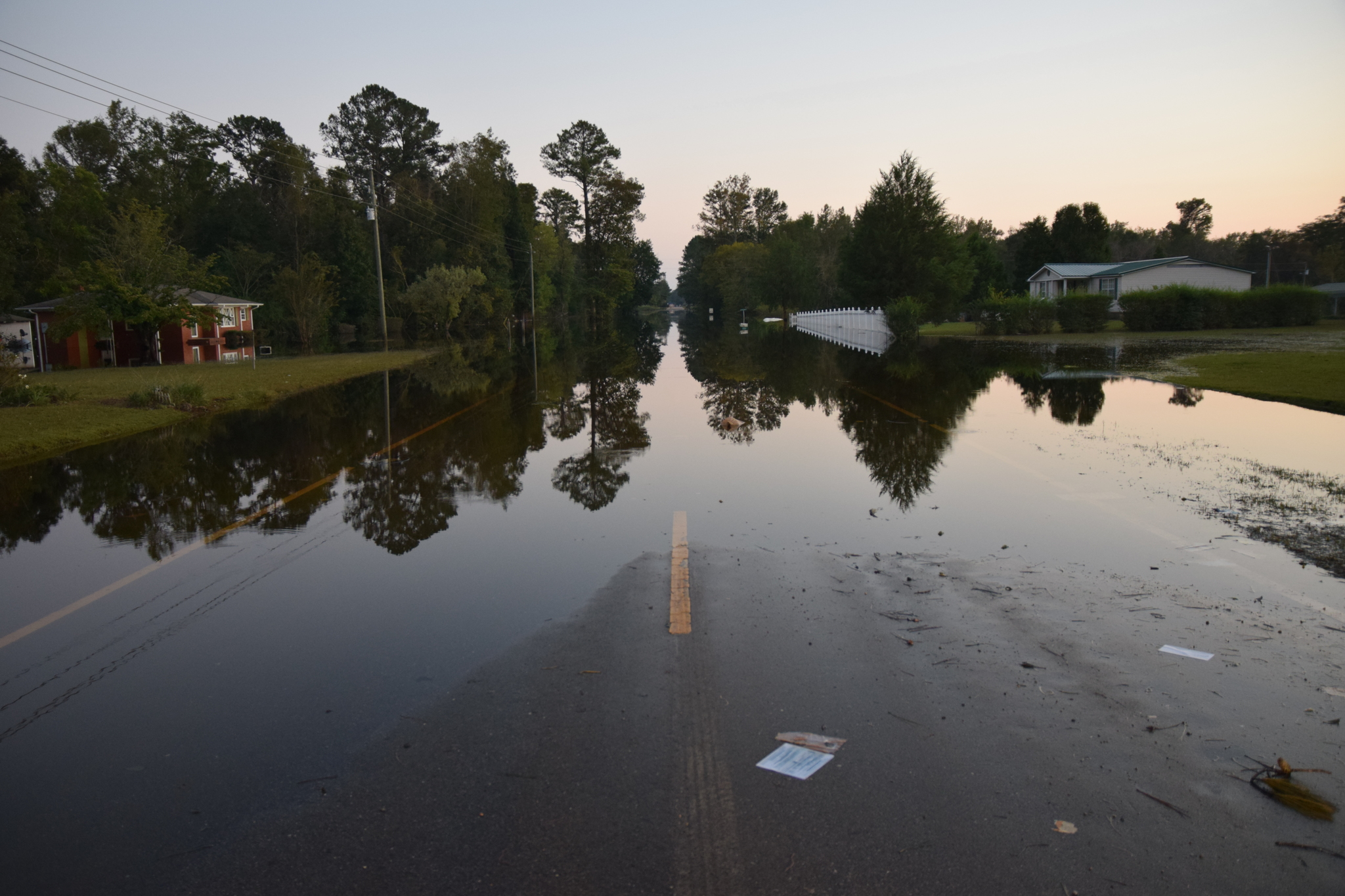 It has been more than a month since Hurricane Florence arrived in the Carolinas, resulting in flooding, wind damage, and various environmental hazards, only to be followed by more rain and wind from Hurricane Michael, three weeks later. The storms left in their wake devastation and flooding not seen by some North Carolinians in decades, if ever. In response, the Duke University Superfund Research Center (DUSRC) developed a new website to address the environmental health risks caused by flooding from hurricanes.

The Flood Resource website offers information for impacted community members on potential health risks, likely sources of contamination, and actions that can help to minimize exposure to chemical contaminants in the wake of the storm. There is also specific guidance for the three primary audiences served by the Community Engagement Core, including people who live near former industrial sites, community gardeners and home gardeners, as well as subsistence fish consumers who depend on the fish they catch as an important source of protein. 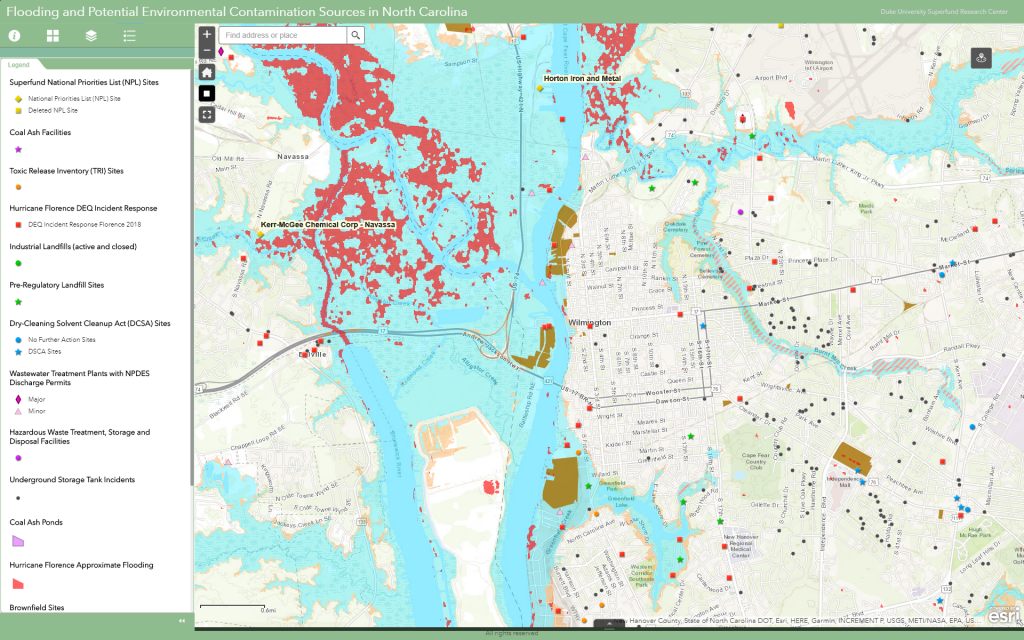 The Research Translation Core has also created a GIS mapping resource based on publicly-available data sources to help users determine the potential for environmental contamination in flooded locations. The map aids users in identifying potential contaminants and their likely sources, and while the map can have many applications, one goal is to facilitate testing of air, water, and soil after the storm to help communities determine the extent of the environmental impact from hurricane-related flooding.