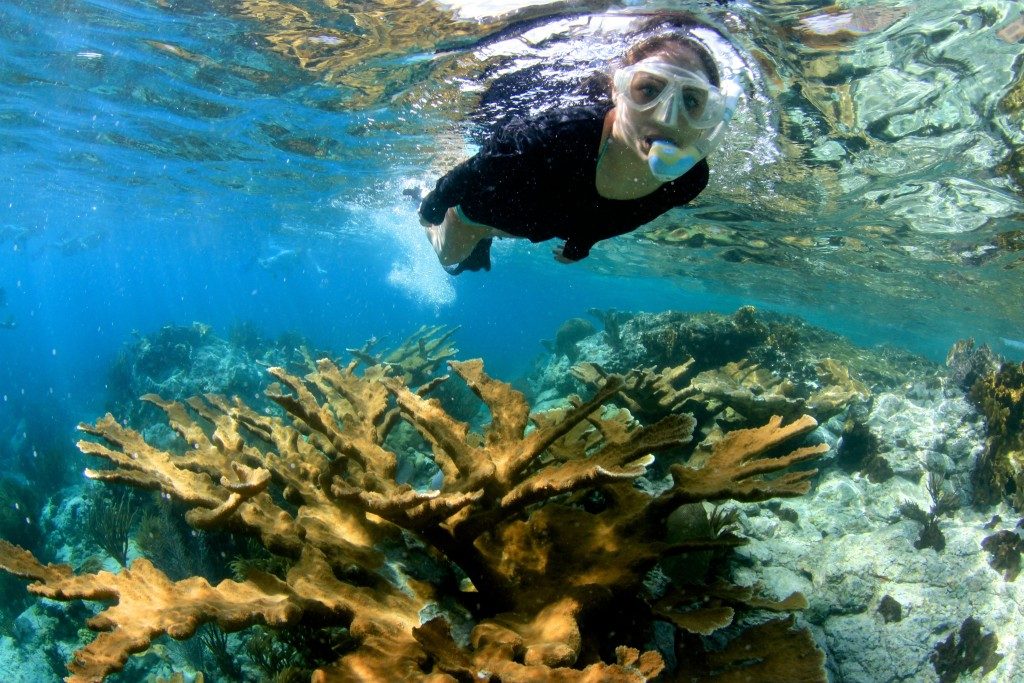 My research focuses on how consumers and stressors associated with climate change (i.e., top-down and bottom-up forces) affect the health of marine foundation species. While the majority of my work is in coral reef ecosystems, I also study the effects of these forces in salt marshes and seagrasses. My current research fits under these research avenues: 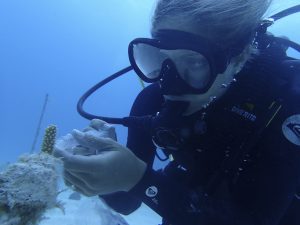 Sampling coral mucus from A. cervicornis to later analyze the coral microbiome.

1) What are the independent and interactive effects of physical factors and corallivory on Caribbean corals?

For this question, I have been focusing on studying staghorn coral, Acropora cervicornis, as it is a critically endangered coral species listed under the IUCN Red List and US Endangered Species Act, and is the focus of intensive restoration effort throughout the Caribbean region. One of the biggest threats to this coral species and roadblocks to its recovery is the short coral snail, Coralliophila abbreviata, and a multitude of other stressors. My work seeks to understand how multiple factors affect both visible signs of coral health (i.e., growth and mortality) as well as non-visible alterations to the microbial community tightly associated with corals. The effects of physical and biological factors on the coral microbiome may ultimately provide clues to the future health of corals – often unnoticed due to short experimental durations – including coral disease. 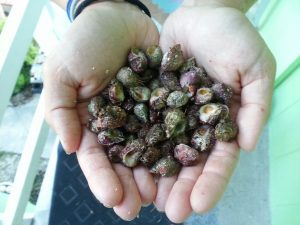 2) What is the relative strength of top-down vs. bottom-up factors in controlling population abundances of corallivores in the Caribbean?

Many of the coral reefs in the Caribbean region are suffering from a simultaneous reduction in the densities of top-trophic level species (predators) and the amount of live coral cover on reefs. My research seeks to determine a baseline level of corallivore densities across different reef types and conditions and determine which factors most strongly regulate populations of corallivores. Some corallivores, such as C. abbreviata, can have extremely high local densities, and determine whether alterations to coral reef ecosystems are affecting those densities should help us mitigate the negative effects of corallivores on restored or recovery coral species.

3) Can positive species interactions be harnessed for the restoration of ecosystems?

Facilitation between species is a common interaction, where the presence of one species positively affects another (a positive/neutral interaction). These types of interactions have been found to occur and be most important when physical or biological stress is high. Because restoration sites are often degraded and can be stressful for planted organisms likes trees or corals, positive interactions may provide increased transplant survivorship and yield. My current research seeks to identify those interactions that can be utilized specifically for restoration and conservation efforts. 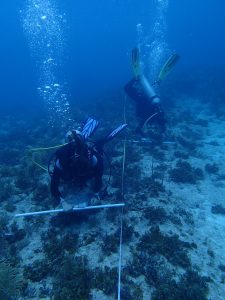