A Practical Argument for Offshore Wind, and an Overview of the Process that Follows 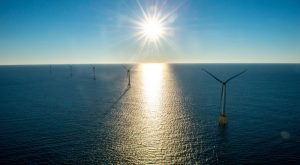 We begin by asking: why, practically, haven’t offshore wind farms sprung up in the United States as they have all over Europe? Europe has upwards of 11000 MW of power generated from offshore wind compared to our soon-to-be 30 MW from the one currently existing farm in Block Island. Well, if we look beyond purely policy, as well as the differing environmental conditions, we find that onshore wind has just been more successful in the United States, which actually leads the world in wind energy production at about 190 million MWh produced in 2015 [3]. In the same period that Europe increased its offshore wind production capacity after the installation of the first turbines in Denmark in 1991 to about 11 GW, the United States has increased its wind production to about 75 GW, all of which is onshore [4]. I spoke to an R & D manager of offshore wind development projects at GE/Alstom to figure out why, and also to ask a bunch of other questions about this energy sector. The practicality of it plays a much bigger role than I imagined- and it shows that perhaps, the lack of offshore wind development may not even necessarily be a “problem.” Essentially, the United States has had a lot more success on land just because there is land to go around. Looking at Europe, there’s a dense population and little space for expansive onshore wind farms to be installed that would satiate the continent’s energy needs. So, these countries looked to the ocean [5]. Meanwhile in the United States, there is a lot of open land with solid wind in the middle of the county, and onshore wind farms are definitely easier and cheaper to install and operate. So if we have awesome onshore wind production, why should we even bother moving into the oceans? 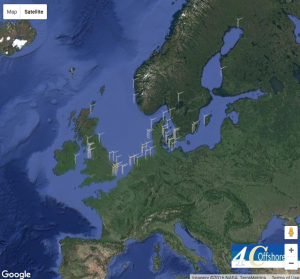 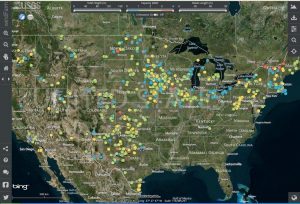 Map of Wind Farms in the United States

This, too, was answered by my phone call with GE/Alstom. Again, more practical reasons. The transmission capacity is saturated from the Midwest to the coast, which is unfortunate because the majority of the United States population lives along the coasts and that’s only expected to increase over time [6]. States like Massachusetts, Virginia, California, North Carolina, Maryland- these all have dense populations with high energy needs, but not a whole lot of renewable energy from wind bring produced. And this is where we look to the ocean. It’s beneficial for these states closer to the ocean and it’s beneficial for mitigating transmission challenges. In addition, offshore wind is better aligned with the demand profile, providing stronger winds and better production during the late afternoon times when energy demand reaches a peak during each day. It’s also less variable than onshore wind. Good enough reason that we can’t not pursue offshore wind- in fact so good that offshore winds in the United States are projected to “produce a total energy generation of up to 30 percent more than U.S. onshore winds,” [5]. And also, to answer the initial question- well, since we have this strength in the onshore wind industry, it should only aid us in our move towards offshore wind development. 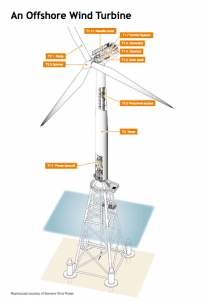 Basic Offshore Turbine and its Components

Assuming we are successful in garnering a lease, jumping through all the hoops of government regulation, and financing our project, how do we actually get a wind farm started in the ocean in the United States? Good news: if we have all of the above done, it actually isn’t too difficult. But there are still a number of things that need to happen. The developer, which may be a European company interested in investing in offshore wind in the United States such as Dong Energy, or an American company such as Deepwater Wind (currently the developer behind the United State’s first offshore wind farm at Block Island), will be the stakeholder who has acquired the lease, gotten permits, and found upfront investment for initial costs. Their next step is to do business with the suppliers, i.e. enter into a turbine supply contract. Suppliers are companies like GE or Siemens who will provide the turbines and engineering services for the physical construction of wind farms. A description of these engineering services includes the entire turbine design process, which considers the major environmental conditions that affect offshore turbines: wind (and not just speed, but also direction and turbulence), wave, seabed, weather (such as hurricanes), and anything else that may affect structural loading and turbine stability and function over its lifetime- not just during installment. It is a long process due to the different conditions in the United States: everything prior has been designed for use in Europe, and of course, one cannot just take what was successful there and transplant it here. And everything is still manufactured in Europe: the blades, the towers, the nacelles, the big parts and the little parts that form the turbine. They must be shipped to the United States on large vessels, along with the installation vessels, which cost hundreds of thousands of dollars per day to operate. I was concerned about how long the installation process would take, what with driving in the foundation for these things and putting them in action in the middle of the ocean. But apparently, that itself is quite streamlined, taking only about 4 weeks in the case of Block Island (and even that was lengthened due to poor weather conditions). The only caveat for smooth installation: this period must be planned two years in advance because of booking these installation vessels, like the Fred Olsen Windcarrier. 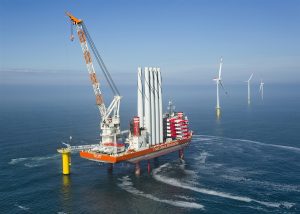