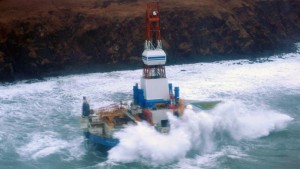 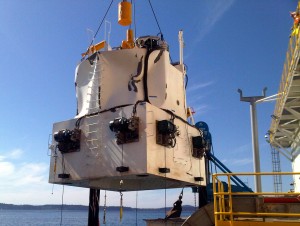 Despite repeated attempts to obtain Arctic oil and repeated potentially dangerous complications due to extreme conditions, human activity in the Arctic continues to increase rapidly. In fact, in just the past couple of years, six of the eight countries that control land in the artic, the United States, Russia, Norway, Canada, Denmark and Iceland, have given energy companies permission to begin oil and gas exploration. Why? Because according to the U.S. Energy Information Administration, the Arctic Circle could contain at least 22% of the world’s undiscovered oil and gas deposits. Although this seems like a great opportunity for industry, the question of whether this oil can be extracted safely and sustainably remains up in the air.

Unfortunately for the Arctic, even without the presence of offshore drilling, this pristine and untouched environment is already being threatened due to climate change. Emissions of greenhouse gases are continuously raising the temperature of the arctic environment, causing significant melting of sea ice. This has detrimental impacts on the Arctic terrestrial animals, such as the polar bear, that rely on sea ice for survival. Arctic drilling further perpetrates this melting problem because with more drilling comes more emissions, as well as emissions from transportation vessels bringing workers and supplies, continuing the cycle of global warming and consequently melting ice.

Many environmentalists are arguing that Arctic offshore drilling will only further degrade this fragile Arctic environment. Regardless of precautionary measures, offshore drilling in any location has inherent risk of causing an oil spill because of the challenges of building underwater infrastructure. In order to prevent this from happening, governments have established emergency response plans if a potential blowout were to occur, but responding to a blowout after it occur is often too late when it comes to preventing ecosystem damage.

That being said, the oil industry claims that they can drill in the Arctic safely. In their perspective, arctic drilling is much less risky than drilling in other existing locations, such as the Gulf of Mexico, because they are drilling in wells that have significantly lower pressure and are at much shallower depths. These are relevant factors because if a blowout were to occur, the oil would leak into the water much slower, and the shallower depth would allow the rescue team to get to the pipe in less time.

However environmentalists counteract these arguments by pointing to two characteristics of the arctic that make a potential blowout particularly concerning. The first being that because of the low air and water temperature, oil does not break down the same way it would in a temperate environment where there is significantly more bacteria. Additionally, because of the large amounts of sea ice, oil from spills tends to gather around and under the ice, where it can remain for decades. Studies have shown that as a result of these two factors, the best technology to date would only able to recover 10-30% of oil released in an Arctic spill, leaving more than 3/4 of oil to remain in the ecosystem for years. This impacts the animals living in the water, as well as the indigenous people who rely on these animals for hunting and survival.

So after looking at both sides of the argument, the big question is: what amount of risk is allowed to exist for Arctic offshore drilling to be considered sustainable and safe? In my opinion, the answer should be absolutely no risk. It seems that regardless of precautionary measures and rescue plans, any amount of oil spilling into the arctic inflicts a great amount of harm on the Arctic environment and the species living there. The only way to drill sustainably would be to create a way that would guarantee absolutely no blowouts, and from what I can see, this seems nearly impossible. Unfortunately, this leaves a classic decision for our politicians and world leaders: prioritize our economic interests or prioritize our already dwindling environment? We’ll see how we proceed.

Sochi 2014: Why The Sustainability Record Matters