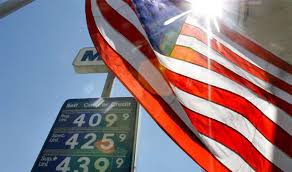 As the 2012 Presidential Election nears, energy and producing more of it have become hotly debated topics by both candidates, and each candidate has expressed desires to make America energy independent. Obama’s and Romney’s energy platforms revolve around increased extraction and use of domestic resources and stabilization of gas prices, and they hope to see a significant reduction if not complete halt on oil and gas imports in the future. With each candidate touting their abilities to achieve or at least move closer towards energy independence with effective energy policies, voters are deceived into thinking that energy independence is attainable and something America should strive for.

What is Energy Independence and why are we striving for it?

To achieve energy independence, America must be able to meet energy demands with resources recovered domestically; however, Americans are currently dependent on foreign sources for oil largely from the Middle East. Energy policies attempt to increase the United State’s energy security by moving the US towards energy independence by increasing drilling for oil and gas and providing economic incentives for the development of renewable energy technology.

The United States is aiming for energy independence because we are pressed into a vulnerable position in which we rely on the Middle East and to a lesser extent Venezuela to supply oil for our growing energy demands, and the US is forced to prioritize interests regarding these countries in trade relations and foreign policy. Reliance on foreign supply leaves the United States susceptible to embargos and other barriers to access caused by political conflicts, and the United States must continue investing in the peace and stability of these nations, which takes funds and effort away from use for problems in our own country. Thus, the administration’s drive for energy independence results from the desire to minimize interest and interference in those foreign countries, but do we have enough oil and other resources reserved to become energy independent?

Currently, 80% of the energy the United States produces comes from domestic sources with large portions of energy coming from coal and nuclear power to provide electricity, and about 10% of energy comes from renewables. Over 90% of the transportation sector relies on liquid fuels, mostly petroleum, and much of this fuel comes from the Middle East. The US consumes 22% of the world’s available oil and produces only 9% of the world’s output.

The US has some of the greatest coal and natural gas supplies in the world and has numerous nuclear power plants, and achieving energy independence seems like an achievable objective. So achievable that both candidates use the potential to be energy independent to attract voters who believe that by doing so the US will avoid conflict with other countries and reduce gas prices. However, those sources are used primarily to generate electricity, and increasing drilling in the United States will not supply enough oil to power the transportation sector long term.

Is energy independence necessary or even possible?

While there are benefits to developing domestic energy infrastructure and resources—supporting our national economy and creating jobs—it is unlikely and absolutely not necessary to become energy independent within the next president’s term or in the near future. Candidates state that becoming energy independent will lower gas prices; however, global markets set the price of oil, and oil operations in the United States have done and will do little to cause gas prices to decrease. Essentially the government is helpless to lower gas prices. Currently, while foreign supplies are available and affordable it does not make sense economically to become energy independent, and attempts to go energy independent could even result in higher prices to pay for infrastructure development and operation costs.

While it is easy to get caught up in what each candidate promises to do for the country during the presidential debates, campaign speeches, and platforms, what Obama and Romney say must not be taken at face value. Voters have to realize that the programs and reforms they suggest may not be the best solution to current problems. Improving energy security and increasing supplies of energy resources domestically are objectives the United States should aim to achieve because of threats to energy security in the Middle East, declining supply, and ever-increasing demands for energy; however, energy independence is not possible for the United States and should not be a promise made by our country’s leaders.