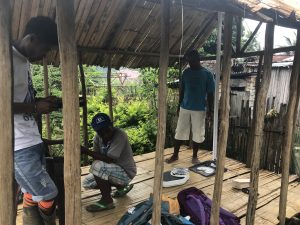 An interdisciplinary research team recently launched an NIH-supported project aimed at investigating infectious diseases at the human-animal interface in Northeastern Madagascar.  The team will model disease transmission within and across small mammals (rats, bats, and tenrecs), domesticated mammals (cats, cows, pigs, and dogs), and humans by screening humans and animals for a wide range of diseases, undertaking rigorous surveys of people and their environments, and conducting sophisticated mathematical modeling to represent connections between humans and animals in a network framework.