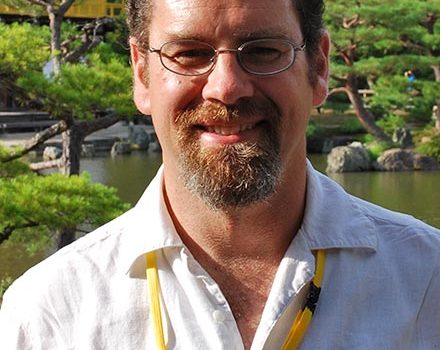 Our Toxicology Seminar Series, is taking place this Thursday, February 8, from 11:45 am – 1:00 pm in Field Auditorium, Environment Hall, on Duke’s West Campus. During Thursday’s seminar, Dr. Jed Goldstone, from Woods Hole Oceanographic Institute (WHOI), will be presenting a talk entitled, “The evolution of Cytochrome P450s and the chemical ‘defensome’.”

Dr. Goldstone is a Research Specialist in the Biology Department at the Woods Hole Oceanographic Institution (WHOI). He received a BS in chemistry from Yale, an MS in inorganic chemistry from MIT, and his PhD in Chemical Oceanography from the Woods Hole-MIT Joint Program in 2002. He was a NRSA postdoctoral fellow at WHOI from 2003-2007. His research is focused on the evolution of the chemical stress response in animals, especially during development, and the evolution, regulation, and function of cytochrome P450 enzymes in animals, particular in response to toxic exposures in the environment. Both oceans and human health and humans and ocean health are key themes in his research. He is a member of the International Cytochrome P450 Nomenclature Committee.

The world is overflowing with chemicals that have biological activity and can adversely affect organisms. Animals have evolved a complex network of genes and proteins that protect against these external and internal chemicals. These proteins and pathways collectively allow an organism to sense, transform and eliminate chemicals, and maintain homeostasis in the face of a variable environment. However, the planet has become chemically ‘different’ in the past century from the condition at any preceding time, with a chemical space that includes many compounds hazardous to animal health and life. Response pathways that evolved to be adaptive in a natural environment may instead be maladaptive in a perturbed system. This talk will focus on the evolution and regulation of a set of chemical response proteins, the cytochrome P450 enzymes, which catalyze the oxidative transformation of many different types of organic substrates. I will describe some of the processes by which these enzymes appear to have evolved, including ‘birth and death’ evolution; how functional diversity may have evolved in fish; and how some of these enzymes are regulated by xenobiotic and endobiotic chemicals.