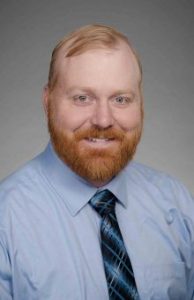 University of Washington Department of Pathology

Spontaneously occurring mutations accumulate in somatic cells throughout a person’s lifetime.  Despite proficient DNA repair mechanisms, somatic cells accumulate mutations during development and aging, generating cells with different genotypes within the same individual, a phenomenon known as somatic mosaicism.  While the existence of somatic mosaicism has long been recognized, their role in aging and disease has been difficult to study due to an absence of methods capable of sensitively detecting these rare mutations.  To overcome this limitation, we previously developed a massively parallel sequencing methodology, termed Duplex Sequencing, capable of detecting one mutation in >50 million sequenced bases.  Using this method, we have begun to explore the intersection between aging and somatic mutations occurring in mitochondrial and nuclear genomes in a variety of different diseases and model systems.  In the case of mitochondrial DNA (mtDNA), we have noted a significant increase in point mutations in mtDNA with age that varies dramatically between different tissues.  Surprisingly, the frequency of G –> T mutations, considered the hallmark of oxidative damage to DNA, are not the predominant mutation type and does not significantly increase with age, but does show variability between tissue.  In addition to mtDNA, our studies have begun to include somatic mutations in nuclear DNA, with an emphasis on mutations in cancer-associated genes.  Our findings reveal that cancer-associated mutations become increasingly prevalent with age due to positive selection.  Interestingly, we have identified interventions that act to prevent, reduce, or eliminate somatic mutations associated with oxidative damage in mtDNA and are working to identify inventions that work in the nuclear DNA.  Lastly, we are developing a number of technologies and approaches to enhance the functionality of Duplex Sequencing to detect these mutations in cancer-associated genes, with the ultimate goal of performing high accuracy single-cell sequencing.

Broadly speaking, my research program is interested in understanding how somatic mutations influence aging and health, as well as developing the necessary methods to study them.  The three main areas the lab focuses on are: