We have been studying the impacts of cannabis exposure on the human and rat sperm epigenomes. Here, we assessed the impact of exposure to cannabis smoke extract in rats on sperm DNA methylation using whole genome bisulfite sequencing. Rats were exposed to the drug at varying times during spermatogenesis to address whether or not a “washout” period would ameliorate the effects of the exposure. We observed significant changes in sperm DNA methylation, with evidence suggestive of partial amelioration present at some, but not all, genes. Top hits were independently validated with bisulfite pyrosequencing and significant changes were confirmed at genes involved in developmental processes. Furthermore, significant methylation changes identified in paternal F0 sperm were found to persist in F1 offspring sperm and hippocampal tissues for select genes, and significant increases in F1 adult heart weight were observed relative to controls. These studies provide evidence that paternal preconception exposure to cannabis smoke extract induces not only heritable changes in the sperm epigenome, but also contributes to phenotypic increases in heart weight in the next generation.

This Friday’s Tox Seminar is with John Rooney, a Duke University ITEHP Doctoral Candidate. His talk is titled “Later Life Consequences of […] 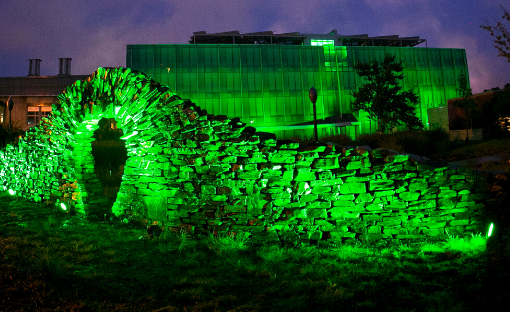 Paige Varner, a fifth-year ITEHP student pursuing her PhD in Civil and Environmental Engineering, was recently selected as a winner of the […]