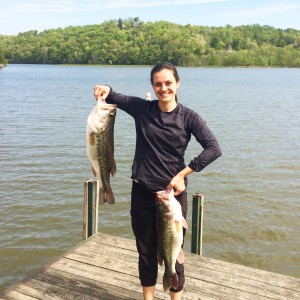 The extraction and burning of fossil fuels for energy production generate various waste streams that are additional sources of contamination to the environment. My research focuses on these waste streams as they relate to freshwater ecosystems. Currently, I am studying coal combustion residues (CCRs) introduced to lakes through the National Pollutant Discharge Elimination System (NPDES) program in North Carolina. CCRs are enriched in several toxicologically significant contaminants (e.g. arsenic, selenium, cadmium) and build up in the sediments. They are introduced to the food chain by primary producers and accumulate in organisms belonging to the higher trophic levels. In addition to studying CCR uptake, trophic transfer, and toxicity in freshwater biota, I am interested in identifying CCR-specific signatures in the freshwater systems receiving these waste streams. I am particularly interested in selenium which is an essential nutrient that becomes toxic at concentrations only slightly higher than those required for optimal health in egg-laying vertebrate species. Biogeochemical factors, as they mediate the toxicity of selenium and trace metals in freshwaters, are important considerations in my work.