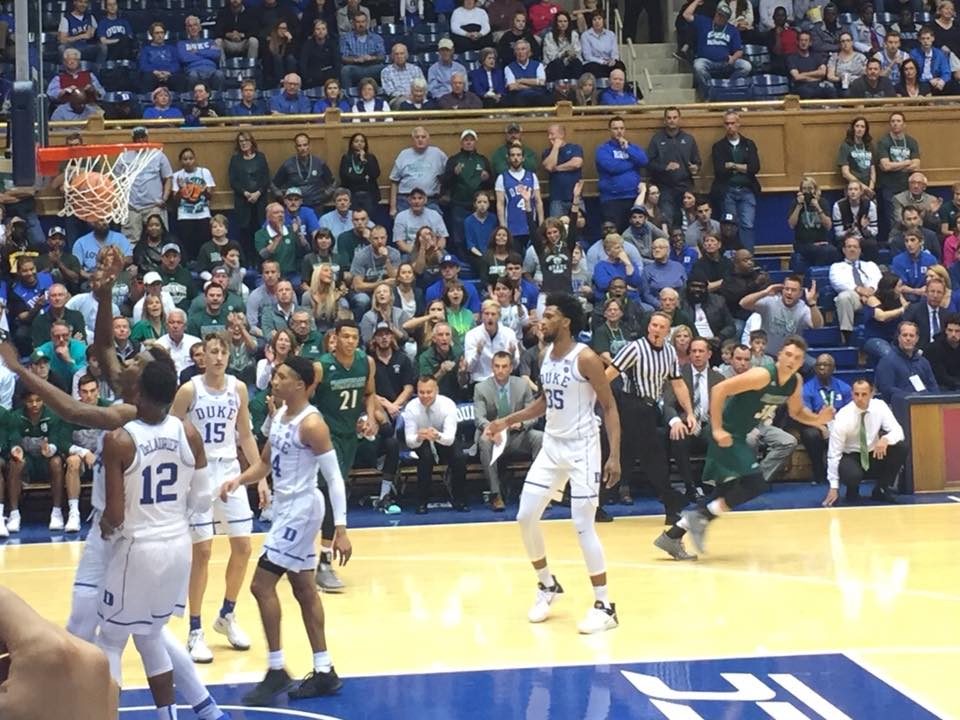 Duke takes on Northwest Missouri State on the hardwood floors of Cameron Indoor Stadium on 10/27/17 to start the 2017-18 basketball season. 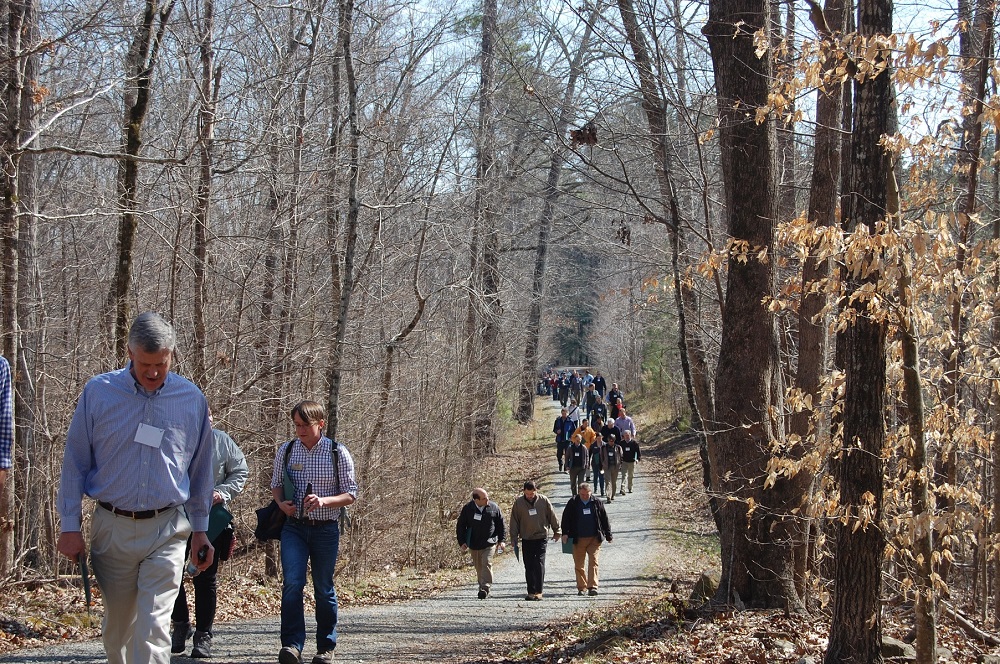 Author Chris Zinkhan hosts a social and field survey for the 2014 Timberland Investments course in the Duke Forest, Durham, NC. 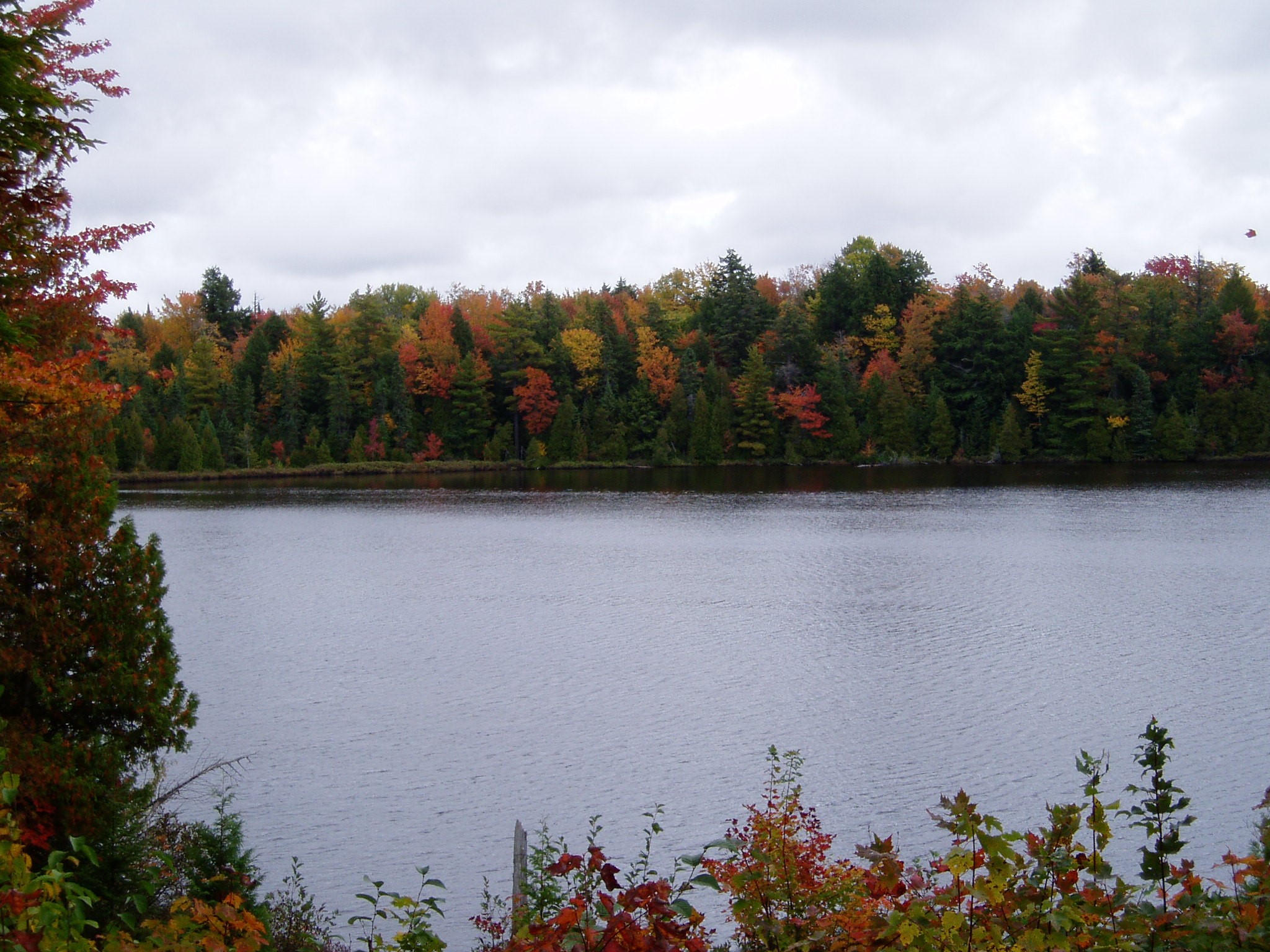 Some hardwoods from the 390,000 acres in the Upper Peninsula (Michigan) managed by TFG. 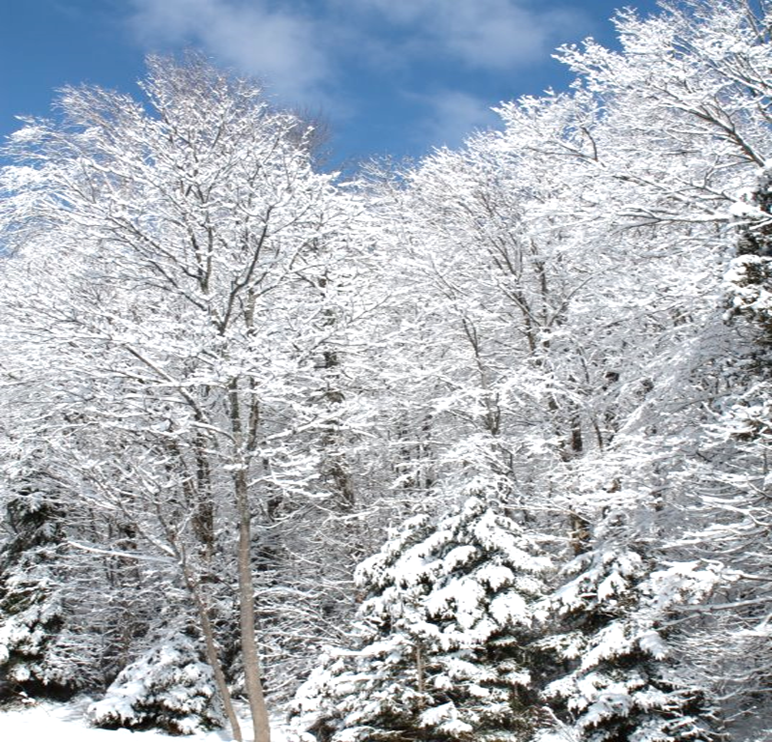 Winter in the Upper Peninsula, Michigan.

Another fall, another top ranking in the preseason basketball polls for the Blue Devils men’s basketball team.  The start of fall Duke basketball practice on the hardwoods roughly coincided with the initiation of planning by a sawmill in Michigan for harvesting the sugar maple trees to be utilized for the 2018 Final Four floor in San Antonio.  When Coach K’s team last tore down the nets in 2015, they did so on a court manufactured from trees with a Nicholas School connection.

The Forestland Group (TFG) is a timberland investment management organization, or TIMO, based in Chapel Hill.  Co-founded by Chris Zinkhan (Duke MF 1981; MBA 1981), George Dutrow (MF 1960; PhD  1970; Dean of Duke’s School of Forestry and Environmental Management, 1985-1991), and three other partners, the firm specializes in investments in naturally regenerated hardwoods in the US, Canada, and Central America.  In 2003, a fund managed by TFG purchased a 390,000-acre property in the Upper Peninsula of Michigan.   After implementing a Forest Stewardship Council-compliant forest-management plan, TFG negotiated an array of conservation transactions with the State of Michigan and The Nature Conservancy (TNC) referred to as the Northern Great Lakes Forest Project.  This project, the largest land-protection program in Michigan history, included the sale of a working-forest conservation easement encompassing approximately 250,000 acres and a fee sale of almost 23,000 acres to TNC.

TNC created the Two-Hearted River Forest Preserve on its purchased acres.  To encourage faster growth of large trees and increase species diversity, TNC implemented a forest-thinning regime.  Some of the harvested sugar maples were directed by Connor Sports, the supplier of courts to the NCAA, into the portable flooring in Indianapolis on which the Blue Devils defeated the University of Wisconsin Badgers.  In prior years, TFG’s FSC-certified northern hardwood forests supplied some of the sugar maple used in other NCAA tournaments.  Perhaps the Blue Devils will be bouncing a ball on FSC-certified sugar maple in San Antonio…