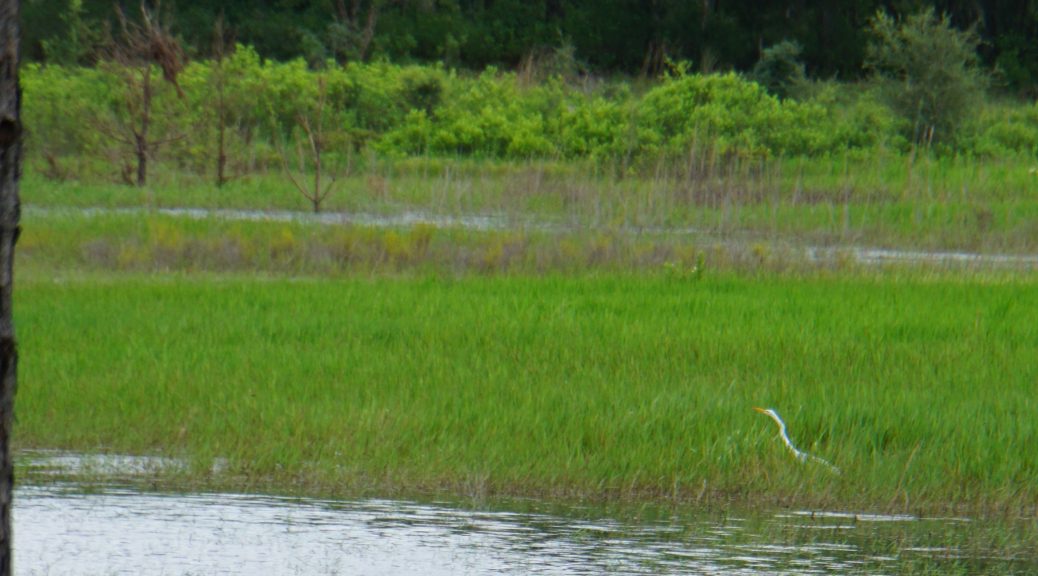 The University of Florida hosts the NEON OSBS site at their Ordway-Swisher Biological Station in north-central Florida. Andrew Rappe, the Assistant Director, gave us an orientation to the site.

The OSBS occupies undulating sands associated with ancient shorelines.  Sandhills, swales, and solution depressions support a mix of savanna, successional hardwoods, riparian, and aquatic communities.  High water levels at the time of our sampling followed a multi-year drought.  Some of the NEON plots established in those years were entirely submerged in June 2018.

A regular burn schedule has restored longleaf pine savanna to much of the uplands.  These sites include Q. laevis and, in some locations, P. clausa.  Dense hardwoods with a diverse understory occupy unburned mesic areas.  Transitional areas include P. elliottii and P. taeda.

Camera traps were deployed in May 2019. Fifty traps were set for 30 days at random locations as shown in the map at right.  Sites ranged from bottomland hardwoods to upland sandhills vegetation.

One of the controlled burns was documented by a camera trap.  This video shows the burn and wildlife that moved back into the area shortly after the burn.

We sampled seven NEON sites, omitting two that were submerged and one that was scheduled for to burn this summer. We set seed traps, measured the inner 20×20 meter trees, and outer 40×40 meter SW corner trees.  Seed traps were located along the SW margin of 20×20 plots.

Plot 1 is riparian swamp with an overstory that includes Quercus geminata, Pinus taeda, Gordonia lasianthus, and Magnolia virginiana. The understory is dominated by palmetto (Serenoa repens).  Vitis vines up to 10 cm diameter extend over parts of the canopy indicating absence of fire.

Plot 2 is an open pine savanna, with Quercus laevis and mixed understory. This plot was burned on April 3rd, 2019. Baskets were removed during burn to avoid loss of collection.

Plot 4 is an open Pinus palustris stand in the center 20 x 20m. It is surrounded by dense Quercus geminata, especially in the Southwest corner where we conducted an additional census.

Plot 6 is an open Pinus palustris stand that was burned in the summer of 2018. Seed traps for this site were set in May of 2019.

Plot 7 is an open Pinus palustris and Quercus geminata stand. The understory is open due to a recent burn.

Plot 08 is an open Pinus palustris and Quercus laevis savanna. The understory was just beginning to grow back from a burn in spring of 2018.

Maps above show trees sampled by NEON, DUKE, and locations of six seed traps.  USDA species codes are used.  On plot 1 the NEON trees are not shown yet.