We published a new study “Occurrence and distribution of hexavalent chromium in groundwater from North Carolina, USA“. Here is the link to Duke press release

Hexavalent chromium (Cr(VI)) is a groundwater contaminant that is potentially harmful to human health. Understanding the occurrence of Cr(VI) in groundwater resources is critical for evaluating its risks to human health. Here we report a large dataset (n=1362) of Cr(VI) and total chromium (CrT) concentrations in public, private, and monitoring wells from different aquifers across North Carolina. These water quality data come from new and previous measurements conducted at Duke University, as well as data reported by the U.S. Environmental Protection Agency, the N.C. Department of Environmental Quality, and the U.S. Geological Survey. The data confirm that Cr(VI) is the predominant species of dissolved Cr and that groundwater from aquifers in the Piedmont region contain significantly higher concentrations than groundwater from the coastal plain. Though there is only one exceedance of the U.S. EPA Maximum Contaminant Level (100 mg/L for CrT) in the dataset, over half of all wells measured for Cr(VI) (470 out of 865) in the dataset exceeded the N.C. Health Advisory Level of 0.07 µg/L.  Using information from this dataset, we explore three different approaches to predicting Cr(VI) in groundwater: (1) CrT concentrations as a proxy for Cr(VI); (2) Exceedance probabilities of health goals for groundwater from aquifers located in specific geologic areas; and (3) Censored linear regression using commonly measured field parameters (pH, electrical conductivity, dissolved oxygen) with relationships to Cr(VI) as regressors. Combining these approaches, we have identified several areas in the Piedmont region where Cr(VI) in drinking water wells is expected to be higher than the advisory level, which coincide with large population groundwater reliant populations. While this study focuses on N.C., the wide-spread occurrence of Cr(VI) in groundwater at concentrations above health guidelines in aquifers of the Piedmont region could pose high human health risks to large populations in the eastern U.S.

Locations of all data available in the presented water quality dataset (n=1362), with different markers depending on data source. Samples are classified according to the dataset from which the observation was obtained. The basemap shows USGS aquifer designations. 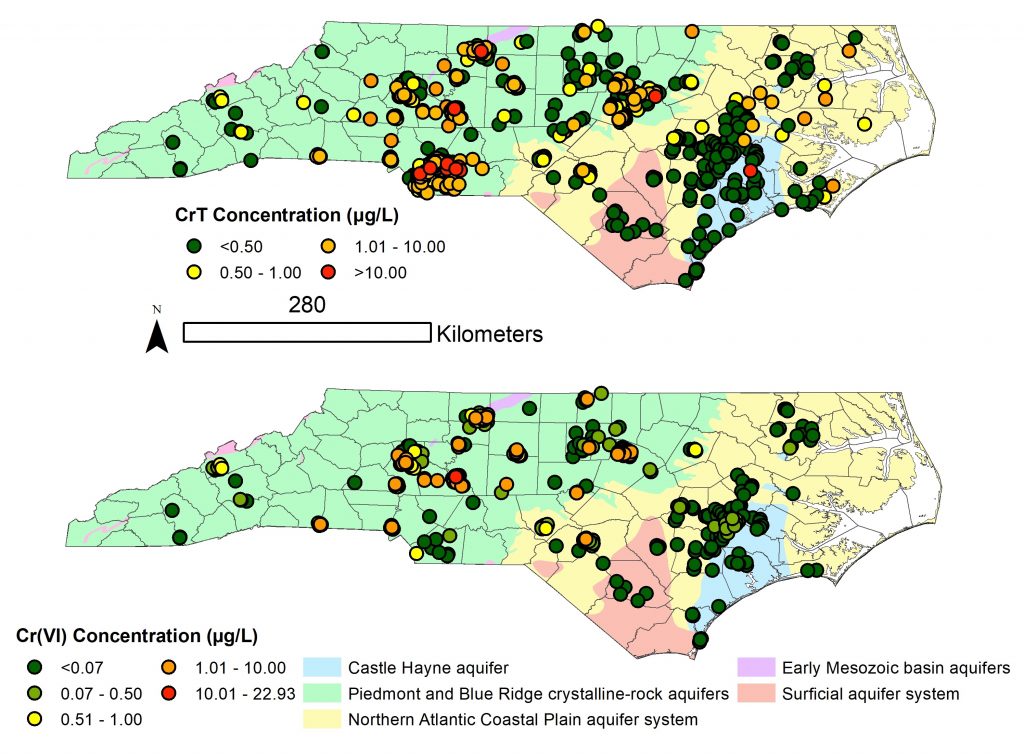 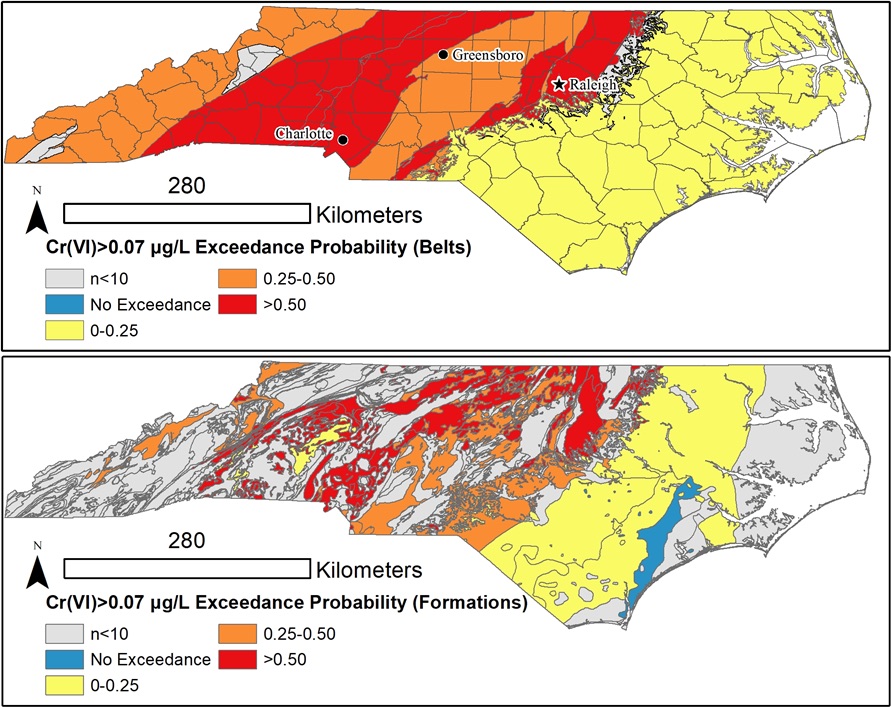 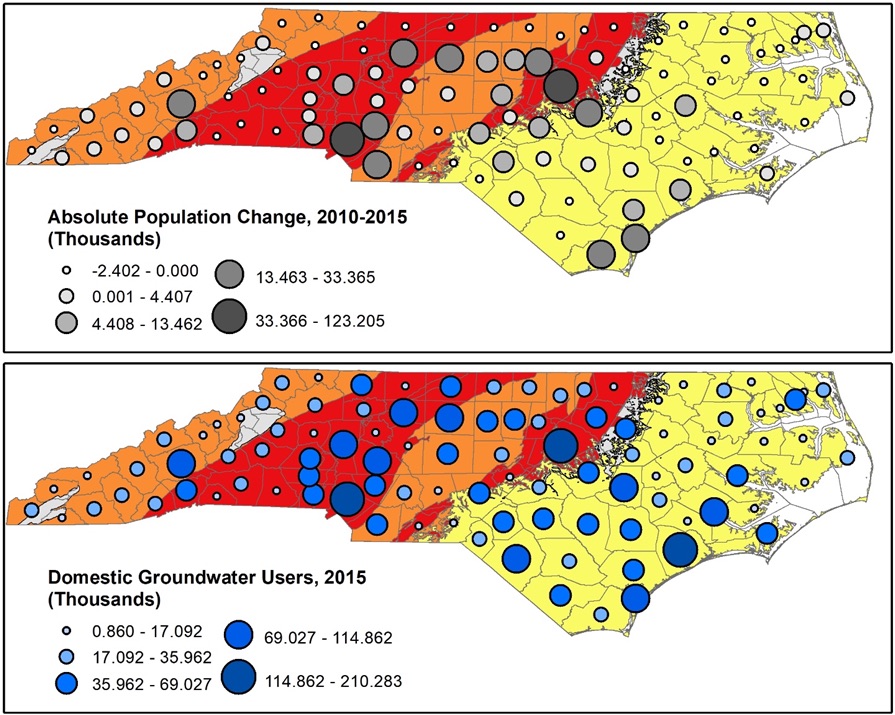 Here is the link to the interactive map to find where you are with respect to rocks with higher probability of chromium.

If you are interested in sampling your well water, please write us: rachel.coyte@duke.edu